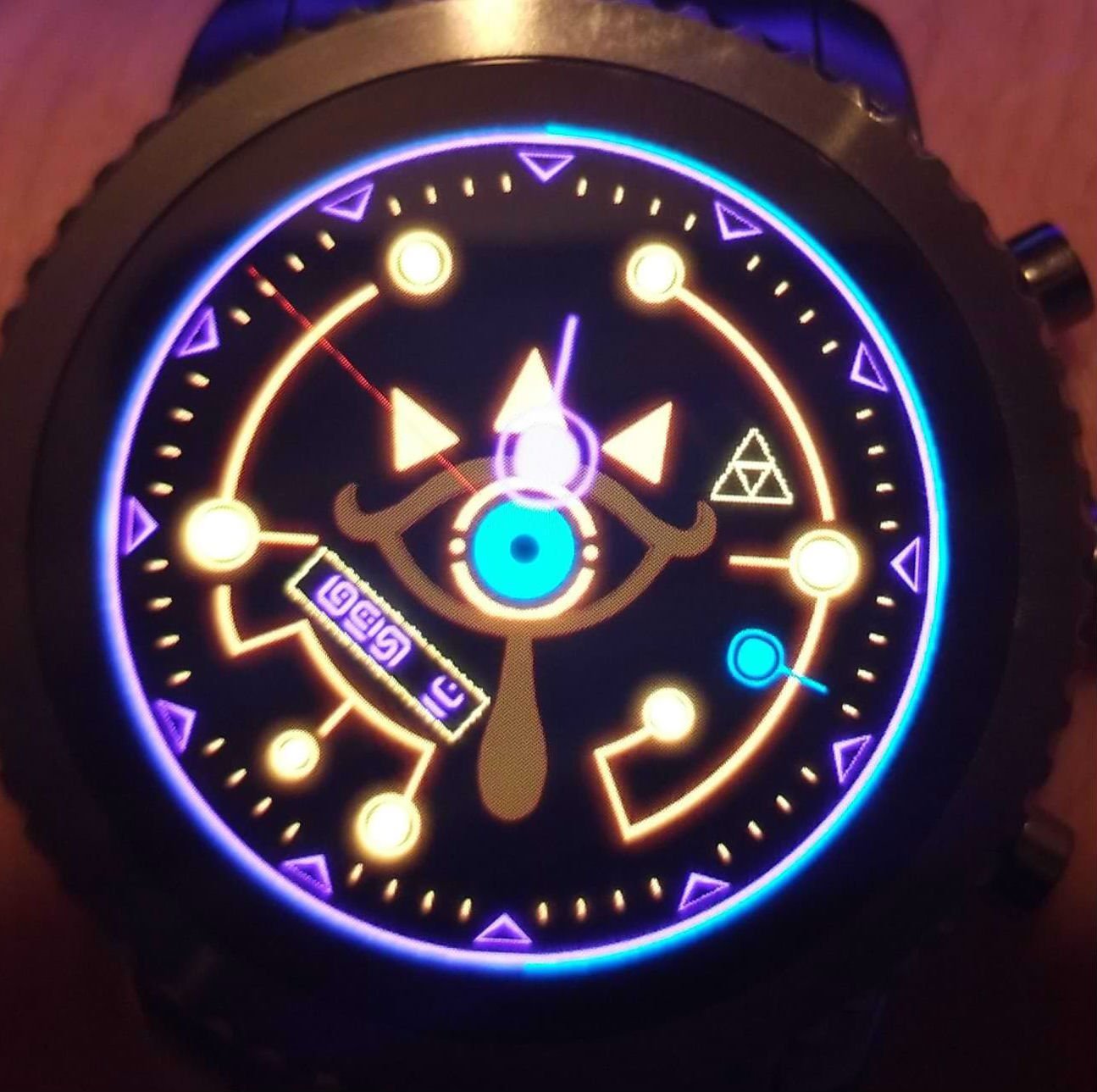 You can make it yourself too

I don’t normally wear watches unless I’m in a situation where I can’t readily look at my cell phone at work (which hasn’t been the case in ages), but I’d be tempted to rock this at the next gaming convention or meetup.

Reddit user RethosLived shared this custom Zelda watch face with the world, which contains the Sheikah Eye symbol and Sheikah script in the style of Zelda: Breath of the Wild — which would probably fit in-universe with the whole “high tech iPad” angle it already goes for. In case you were curious, the time in the picture (which you can check out in the gallery bellow) is 12:19:52, and the red line is the second hand. Evidently the runes mark the day and the month and the Triforce symbol is a macro button that is linked to the user’s Pandora app.

According to RethosLived the creation process is a lot simpler than you’d think. Apparently they picked up this Fossil metal band, then used the app Watchmaker to create the face. You can find their archived design here.