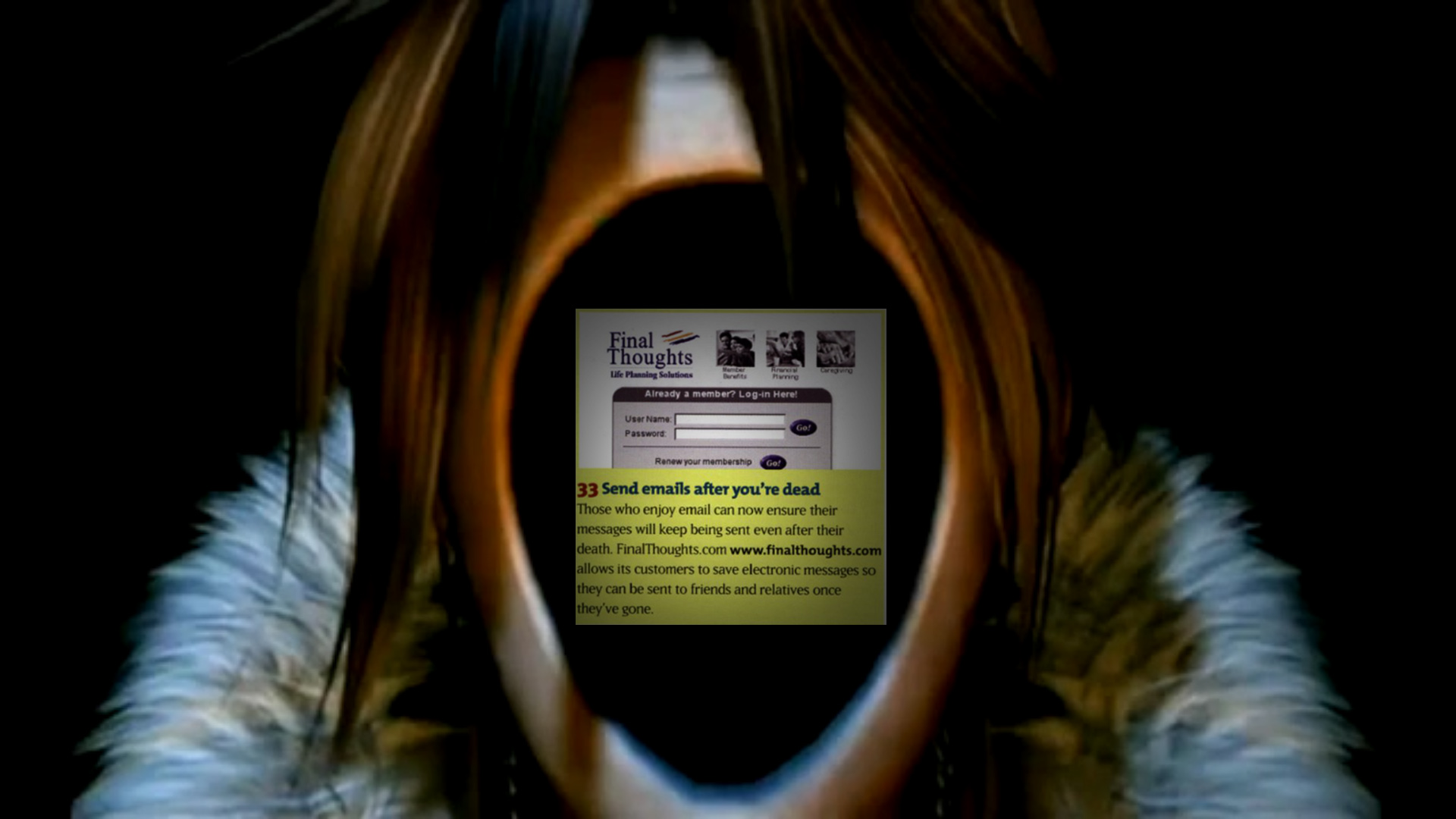 Last issue, we showcased the day the spiders won, how 30 FPS is a matter of having class, an 8.8 score that burned the Zelda community to the ground, and my backup plan for the inevitable moment I’m capped in broad daylight. For this issue however, we’ll be focusing on spooky video game myths and legends, fan theories, and worst of all — reporting on my own death.

That’s right, unfortunately, I’ve died. But thanks to an online service known as “Final Thoughts,” I’m able to keep sending emails from beyond the grave to my fellow peers. Thankfully, I was able to get this out there in the form of an email transcript. Whether it was the threat himself that did me in, or some angry person from the YouTube comments on our Super Mario Odyssey video review that murdered me over Chris Carter proclaiming Super Mario Sunshine was his “least favorite” 3D Mario, we’ll never know.

On the topic of death however, since the release of Pokémon Fire Red back in 2004, this particular screenshot from an alleged early ROM of the game, running on emulation, has been floating around message boards for years now — with many questioning its validity. 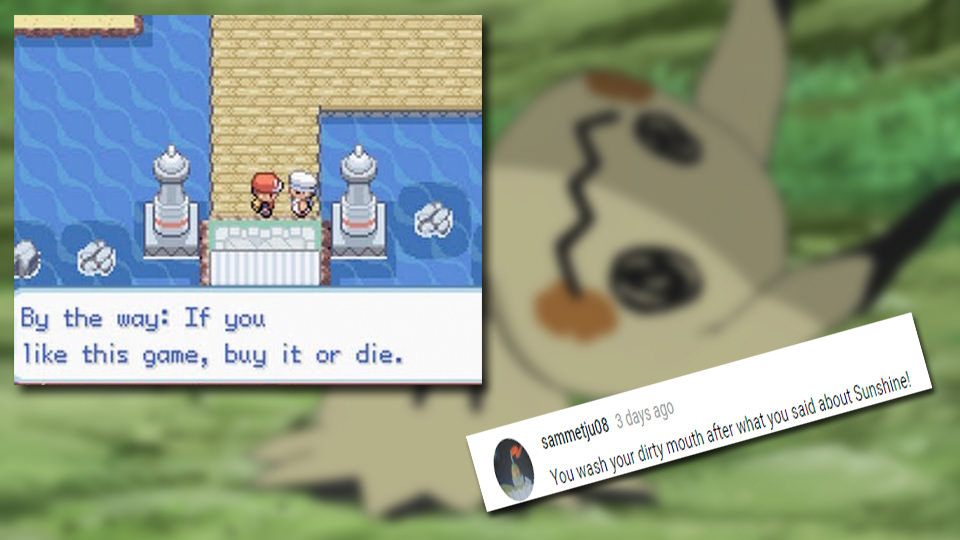 This message will supposedly appear in the game if you try and use the Seagallop Ferry on older Fire Red ROMs. But, is it actually legitimate, like my own death? Sadly, not at all. It seems this message is the product of a quick and easy ROM hack, as pointed out by users on Bulbapedia:

“Me and Andrea did some comparing. His Fire Red 1.0 didn’t have it, and mine did. The original Auroraticket message is at 0x17FC5F, but is repointed, copied and expanded at 0x71A23D, which is the start of a large block of free space, leaving the original unused. This is why Hfc2x couldn’t find anything but empty space. The “Buy it or Die” ROMs are technically just quick and easy hacks.”

Lately, before my demise, I was playing a lot of Fallout: New Vegas. It was easily one of my favorite games from last generation and Fallout in general has plenty of spooky myths to dabble in. However, one such location known as “Lone Wolf Radio” has a very dark and chilling legend within the Fallout community, shortly after the launch of the game. 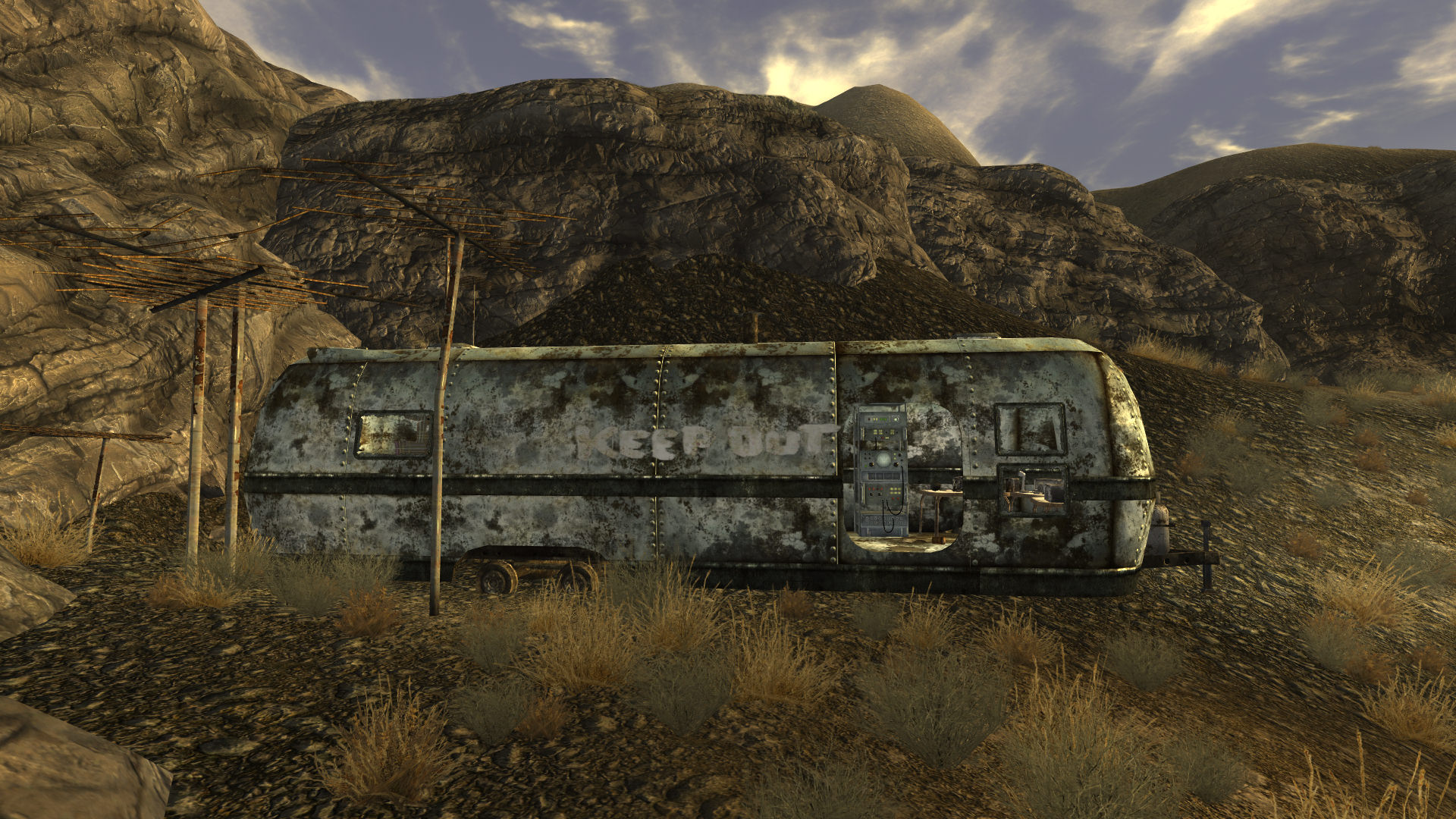 The legend goes that originally the location was believed to be part of a removed side quest from within game. The side quest featured a deranged killer who had his own broadcast that you could tune into. In the broadcast he would ramble incoherently and tell stories of his murderous acts, after listening to the broadcast to completion, the quest would begin, allowing you to either track down and kill him, or join him in killing a child.

Completing the quest, by joining him in this act, would reward you with a perk that lets you kill other children within the game (normally they’re invincible and can’t be harmed). However, after this myth began circulating and growing in popularity, it was debunked by Fallout New Vegas‘s location designer, Dini McMurry, who had this to say:

“The inspiration for it came from when I was at the University of Oregon, every Saturday there was a guy who stood on a corner of the campus where everyone walked by. He had a personal microphone and speaker and would just babble on and on about one government conspiracy theory or the other. The radio shack was what I imagined he would have put together if he upgraded from travel speaker to pirate radio.”

A plea for help to PC Gamer act II

In the last issue, I discussed the story of one Brian Harbaugh, who wrote into PC Gamer in the year of ’95 (the year of the “over drive” chip), with a plea for help for his poor sea-monkeys from what he believed to be overgrown testes from computer radiation. In response, PC Gamer unprofessionally advised he should “look deep within himself” for the answers. 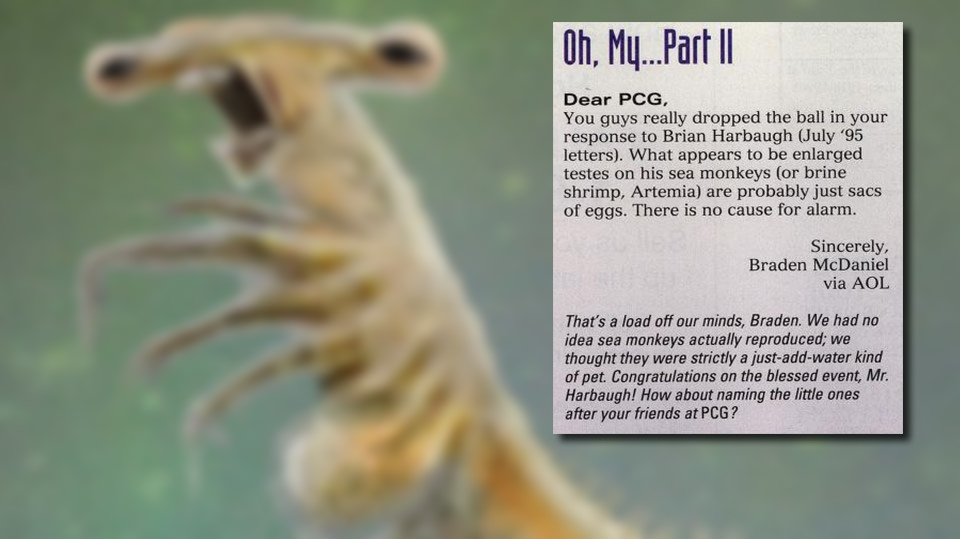 However, a saint by the name of Braden McDaniel, sent a follow-up letter to PC Gamer a few months later, in their September ’95 issue. In this letter, he calls out the publication for dropping the ball, as well reassuring Brian that his sea-monkeys’ testes weren’t overgrown from a radiation leak, but simply from egg sacs. Here’s hoping Brian didn’t take up their offer on naming them after his “friends” at PC Gamer.

Squall has been dead the whole time!

Lastly, our final spooky topic, on this blessed night. This is easily one of the most popular fan theories within the Final Fantasy community — with good reason. Because the theory actually holds water and even adds a much darker context to the game itself. This should go without saying, but this theory will obviously contain spoilers for Final Fantasy VIII, so fair warning for those potentially looking to play it for the first time. 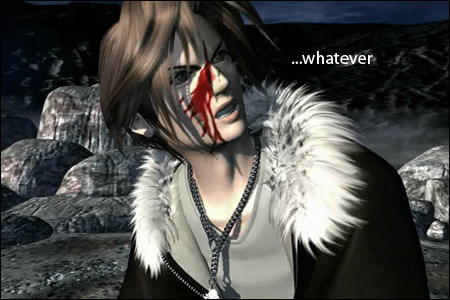 The theory goes that after being stabbed by Edea’s ice crystal at the end of disc 1, Squall didn’t actually survive his wounds, but instead died. Everything in disc 2 and beyond is simply his own mind coping with the fact he’s dying and the rest of the game is basically his dying dream.

Some of the events that happen after the battle line up with this theory. At the start of disc 2 for example, as Squall wakes up, his exact quote is: “I… challenged Edea… My wound… …? No wound…? How…?” From there, the lack of any wound from an ice crystal going through him is never mentioned or brought up again in the game.

The game also goes from being relatively grounded in reality (as grounded in reality as you can get anyway for early Final Fantasy), to then completely going off the rails with flying castles and bases, outer space, and moon monsters. Not to mention Squall’s love interest, Rinoa, who in disc 1 has a very clear interest in Seifer instead and thinks Squall is a bit of a prick. Meanwhile Seifer, on the other hand, is generally well received from the other cast of characters. 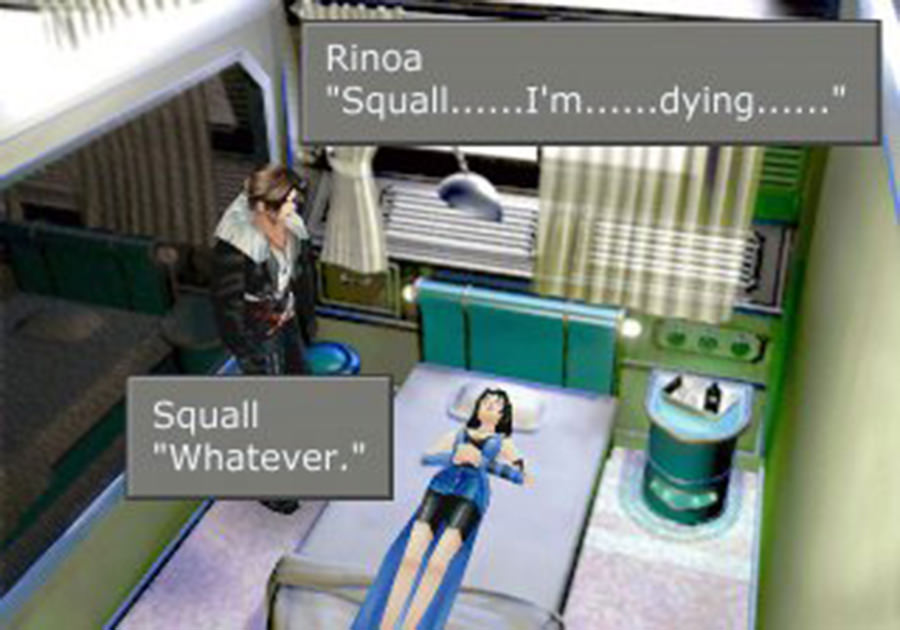 Yet in disc 2, Seifer then becomes the enemy, suddenly Rinoa seemingly falls in love with Squall, and he’s promoted no less. It really does come off feeling weirdly like a day dream, especially with the added context of him being dead, and the game also has heavy themes of self reflection throughout.

However, in an interview with Kotaku recently, game director Yoshinori Kitase debunked this stating: “No, that is not true, I think he was actually stabbed around the shoulder area, so he was not dead. But that is a very interesting idea, so if we ever do make a remake of Final Fantasy VIII, I might go along with that story in mind.”

On the plus side, at least he really likes the concept of the theory. Maybe in a future remake one day it could be further explored and legitimized. Hopefully, my dying dream is pretty sweet, but I’m sure Niero will wake me from it at any given moment, performing dark HTML magic to revive me from the grave.

After all, writing at Destructoid is like serving on the Flying Dutchman, death is far too simple of an escape… Plus, I still have many years of service ahead of me. So with that said, stay tuned for issue #4 where we’ll return to Usenet and listen to Final Fantasy ramblings from a familiar face and much more!

But until then, what are your favorite spooky video game theories and myths?