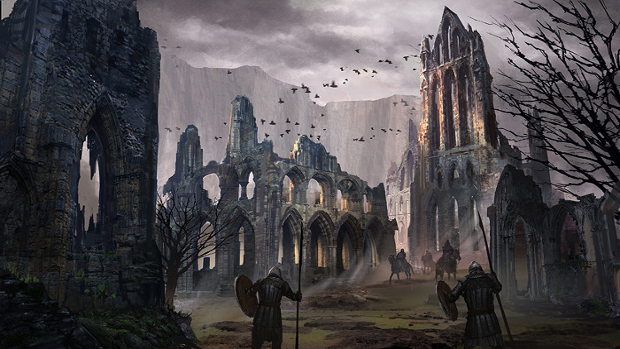 Sometime after the release of Crimson Shroud, strategy RPG mastermind Yasumi Matsuno teased a brand new title he was in the process of developing. As the director of such titles as Tactics Ogre, Vagrant Story, Final Fantasy Tactics, and Final Fantasy XII; many fans were excited to see what he planned. Now, we finally get the chance to see his efforts with the reveal of his Kickstarter project, Unsung Story: Tale of the Guardians.

Planned for the PC/Mac and mobile platforms, Unsung Story is an SRPG title with a deep focus on storytelling and customization. This also marks the first time Matsuno is working alongside a Western developer — and going off their pitch video, they all seem to be on the same page with regards to their vision for this title.

With a funding goal set at $600,000, they also have an ambitious number of stretch goals to encourage fans to donate. Such as expanded content, PS Vita support, co-op play, and also the goal to bring Final Fantasy music composer Hitoshi Sakimoto onto the project.

It all looks very interesting. Yasumi Matsuno is a very talented developer, and that alone has got me jazzed for what he’s got in store. For more information on the game, and their ambitions, check out their Kickstarter page.