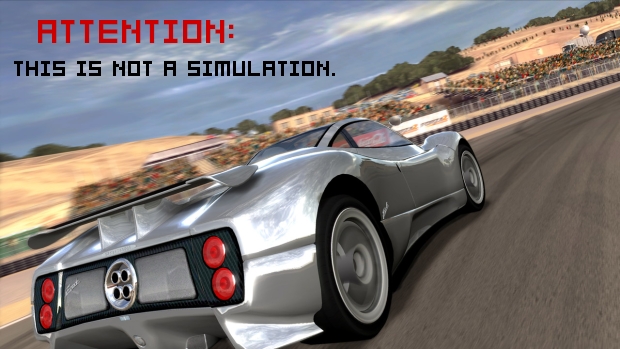 While people have vastly varying opinions on the overall quality of Gran Turismo‘s ability to simulate actual driving, the general opinion around the water cooler is that it’s the closet thing you’ll ever get to real racing unless you actually participate in some real racing. Its closest competitor in the world of popular racing console games is Forza, and the Forza guys have been talking some smack on GT ever since the recently released Forza III was announced.

Now that Forza III has been released and the competition has been able to check it out, what does legendary GT developer Kazunori Yamauchi think of it? Well, it’s not quite a racing simulator, but it ain’t bad. A few guys around the GT office, including Yamauchi himself, have played the competing racer and he came away with this, “I was watching the guys at our company trying it out in the office. I tried it a little bit. It’s very similar in a lot of aspects to Gran Turismo. Some base components of the game are very different from Gran Turismo. It’s a little bit different from what a simulator is. You can feel it when you drive it.”

I’d say that he was being viciously backhanded, but there was nothing backhanded about that. He came out and said that Forza III isn’t a simulator. Upfront and to the point that Yamauchi is. Nice to see they’re checking out the competition, though. Anything in Forza III you wish would show up in GT5 when it lands in March of next year?