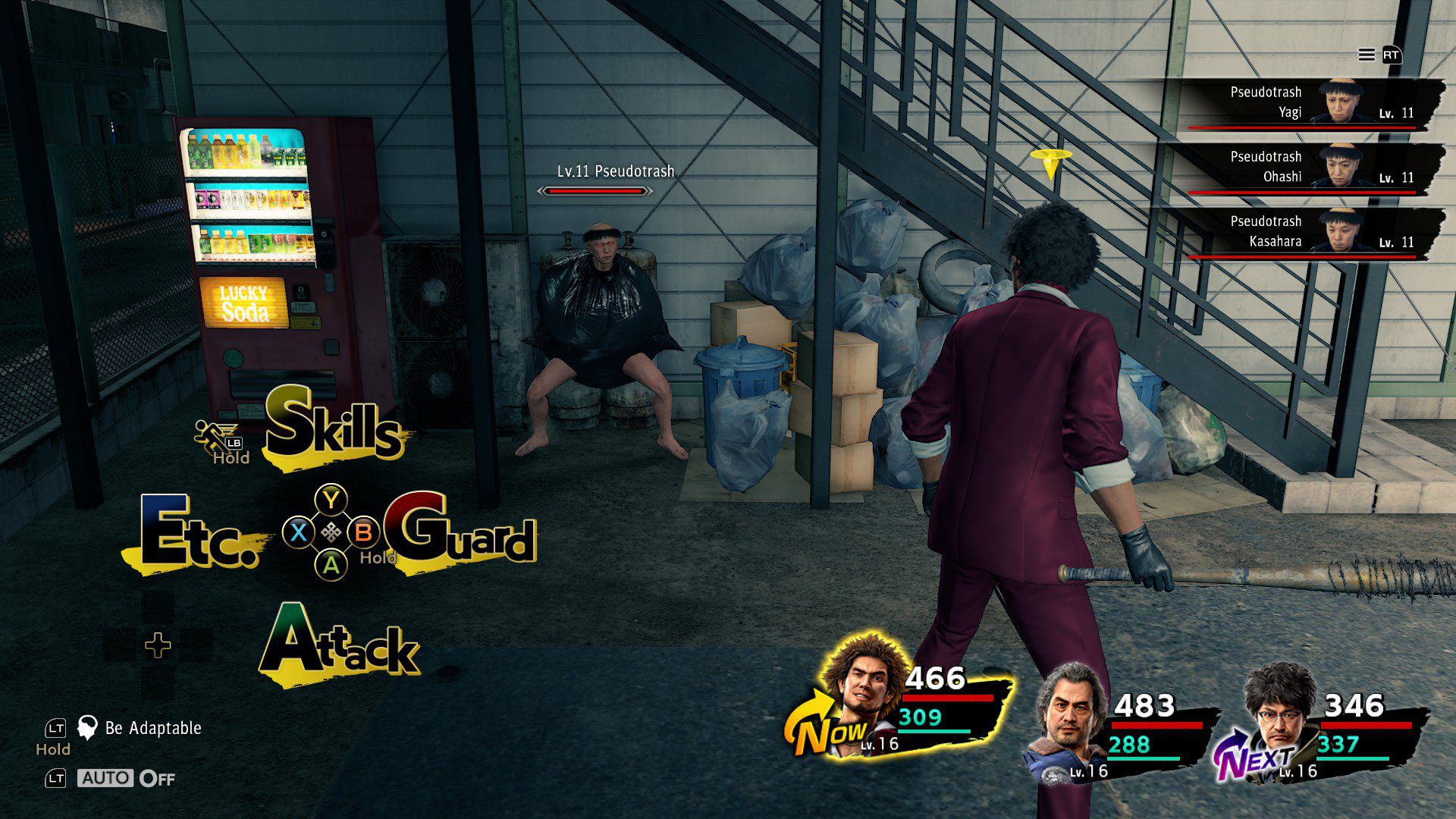 With a fresh cast and combat style, it’s a fantastic entry point if you’re brand new or you’ve only finished Yakuza 0 so far

Yakuza: Like a Dragon is the best and worst game to try and preview.

On the one hand, there are questions – about the new protagonist, the shift to JRPG combat, and the English VO – that people want answered. On the other, Yakuza is a go-at-your-own-pace sorta series, the kind that lets you obsess over dramatic big-picture moments while also immersing yourself, for hours on end, in surprisingly in-depth management sim mini-games and silly one-off side stories.

Trying to convey everything I want to convey within the confines of a particularly-worded NDA – using a save file that starts with Chapter 5, “five to seven hours into an average playthrough” – will be tricky.

Without getting too much into the story particulars, Yakuza: Like a Dragon juggles sobering character-driven moments with behind-the-scenes string pulling, multiple warring factions, and outlandish scenarios. It’s a difficult balancing act and Ryu Ga Gotoku Studio is still very much up to the task. 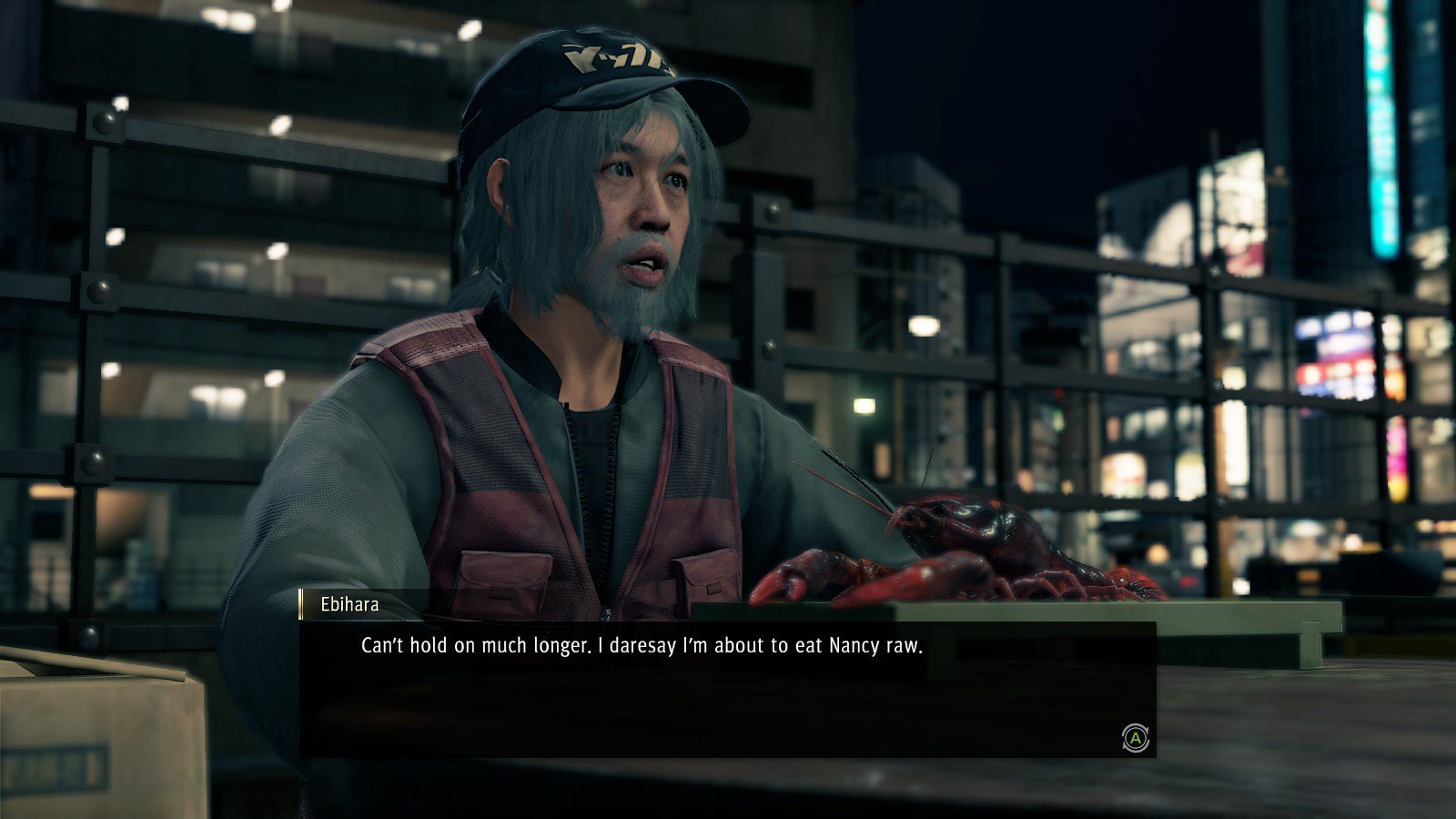 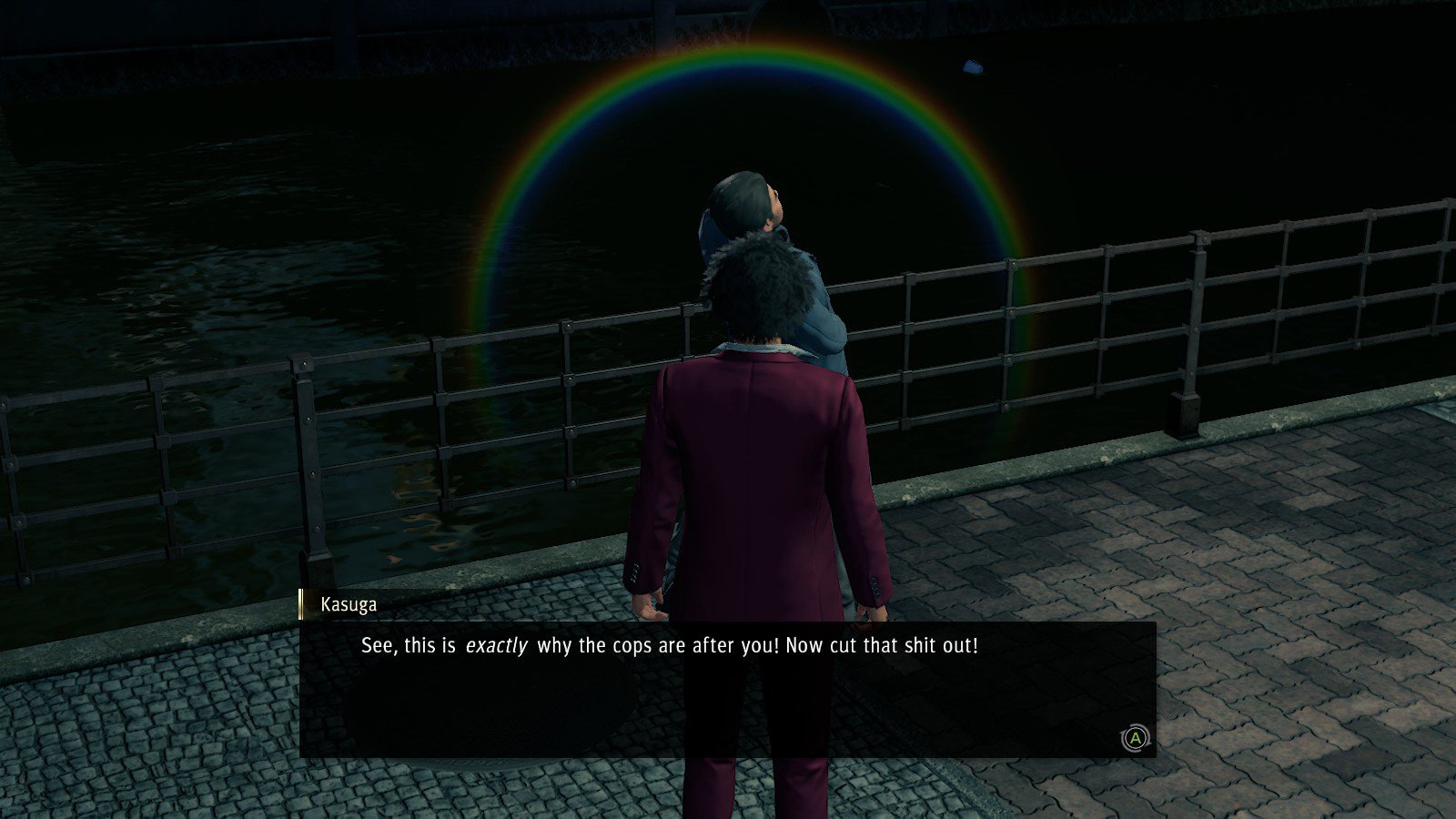 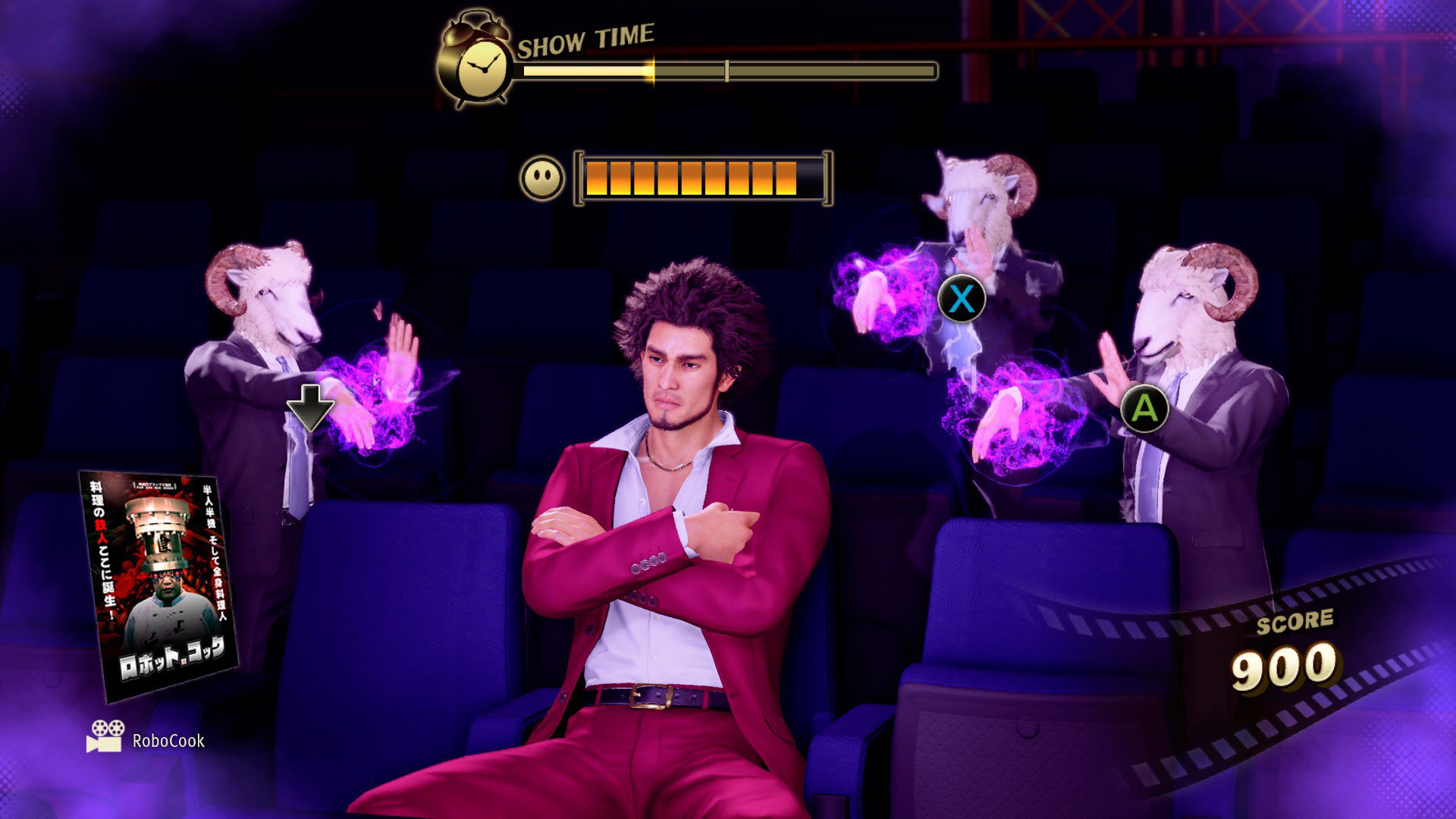 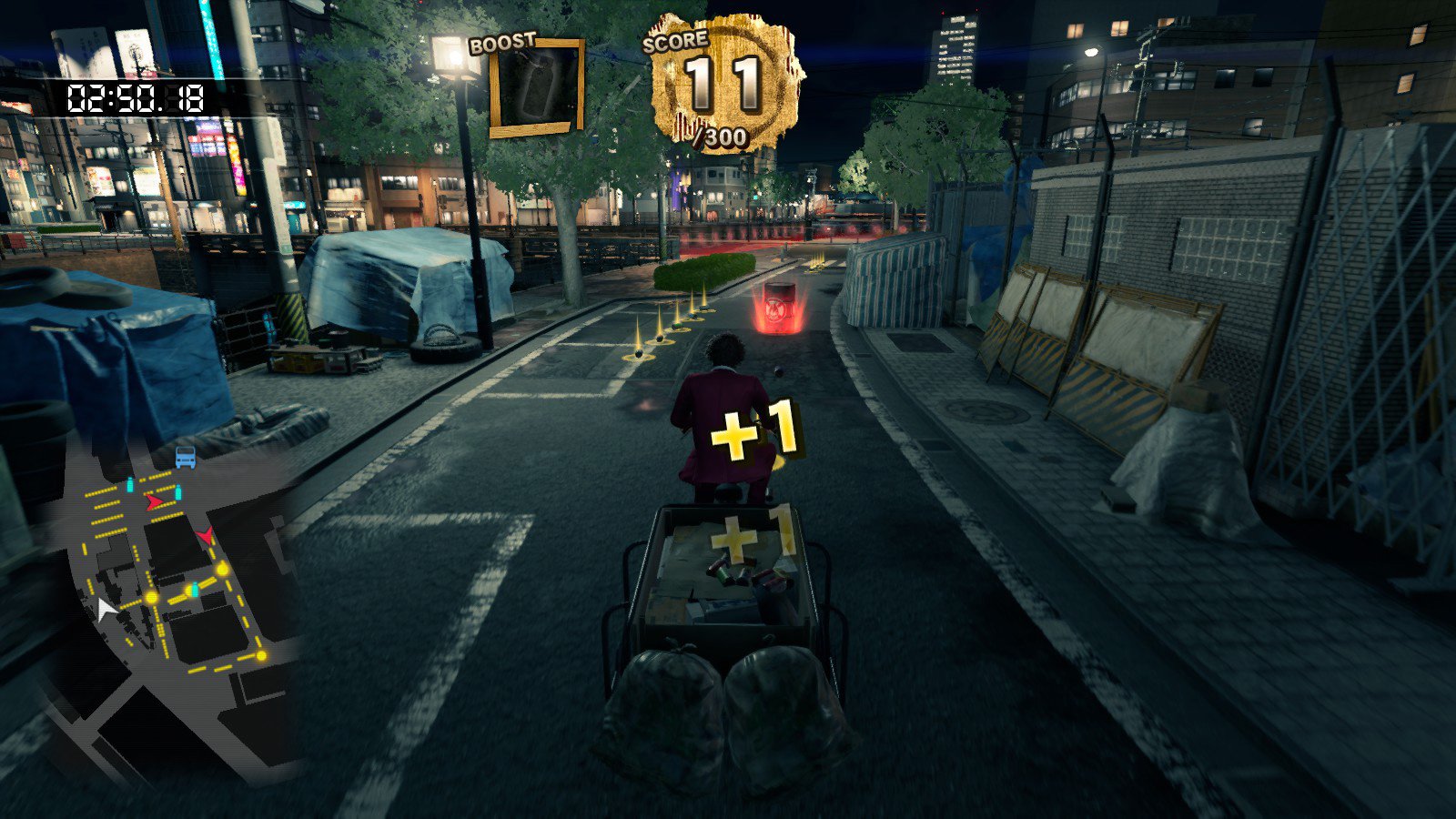 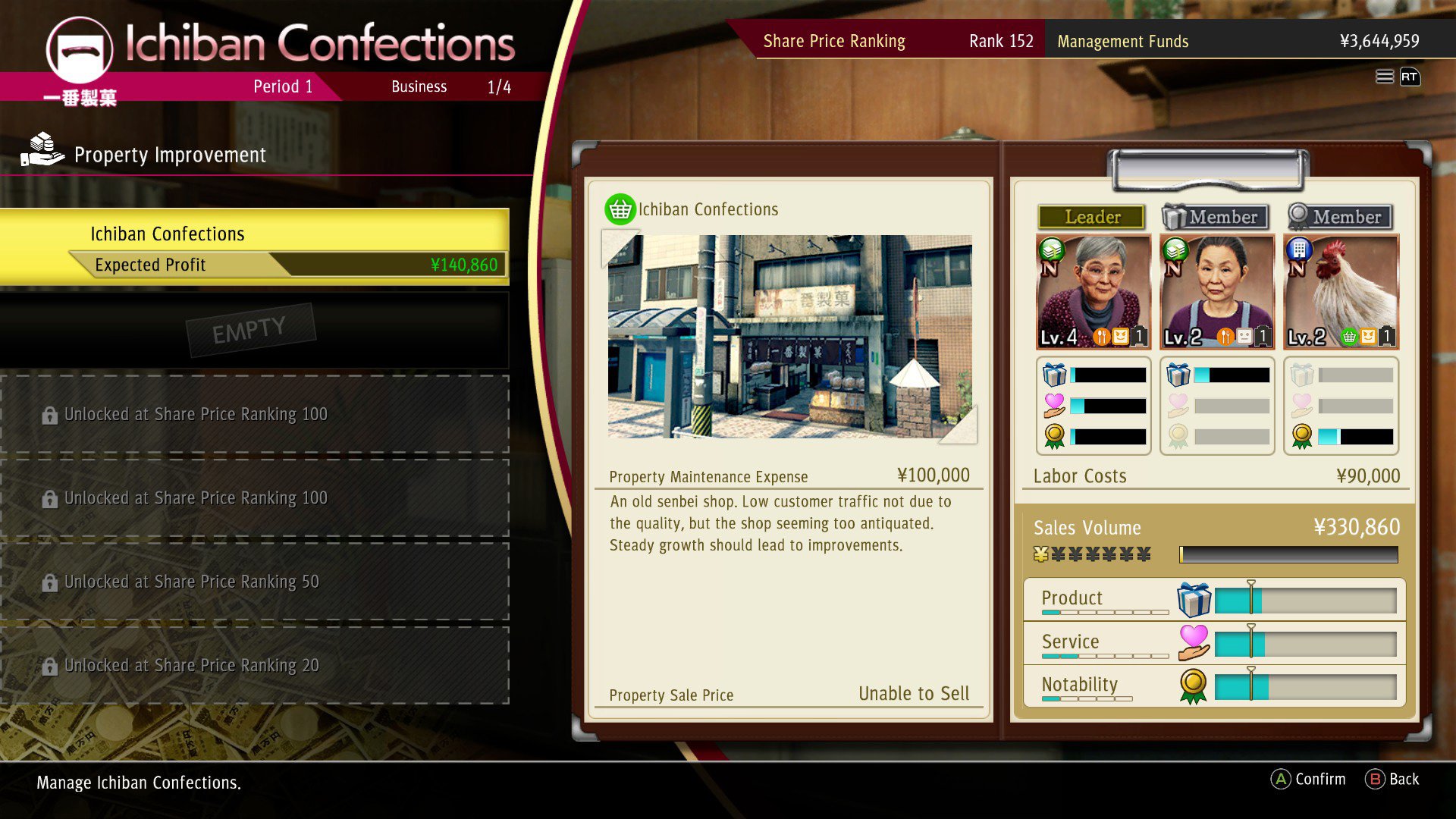 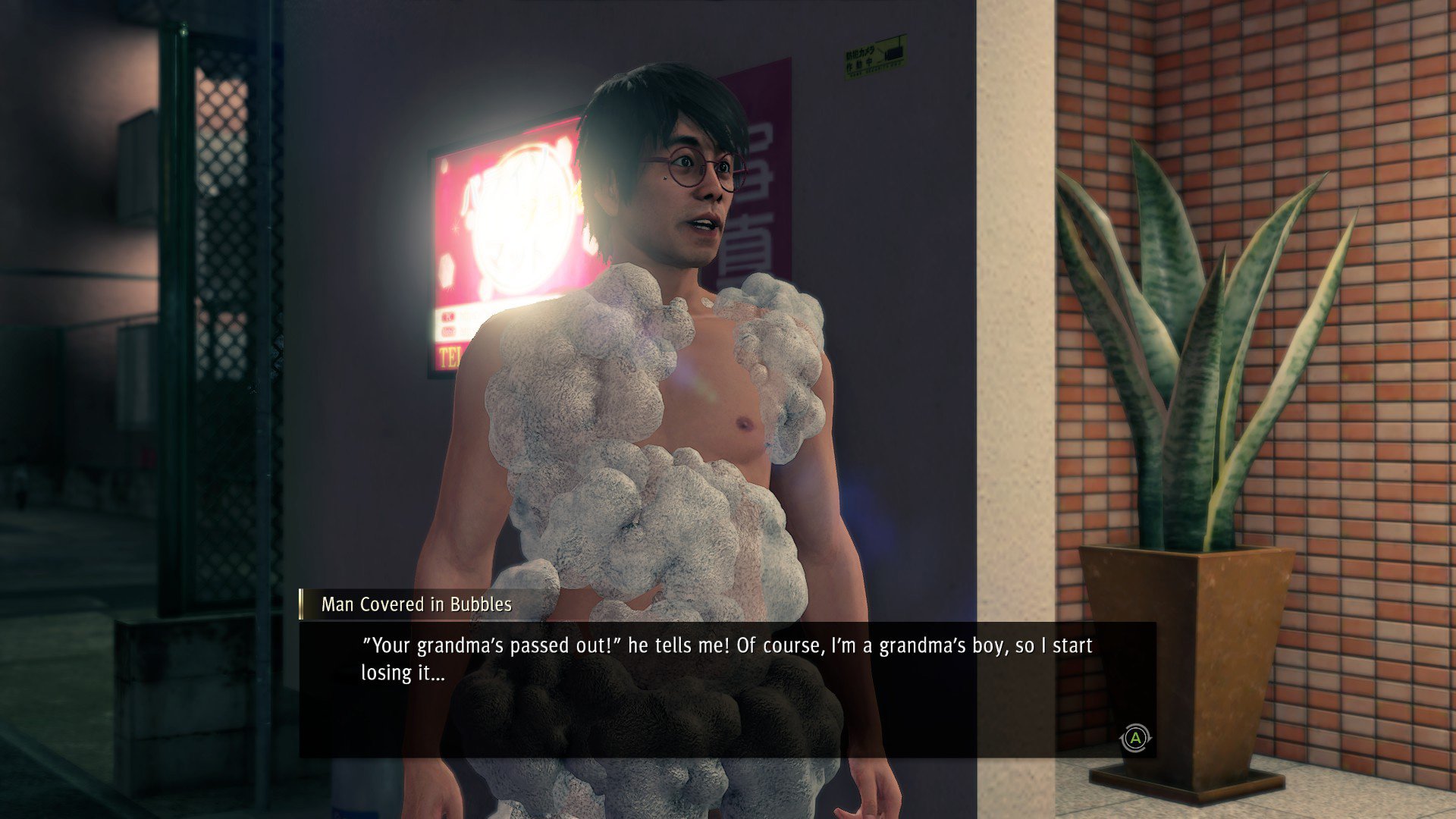 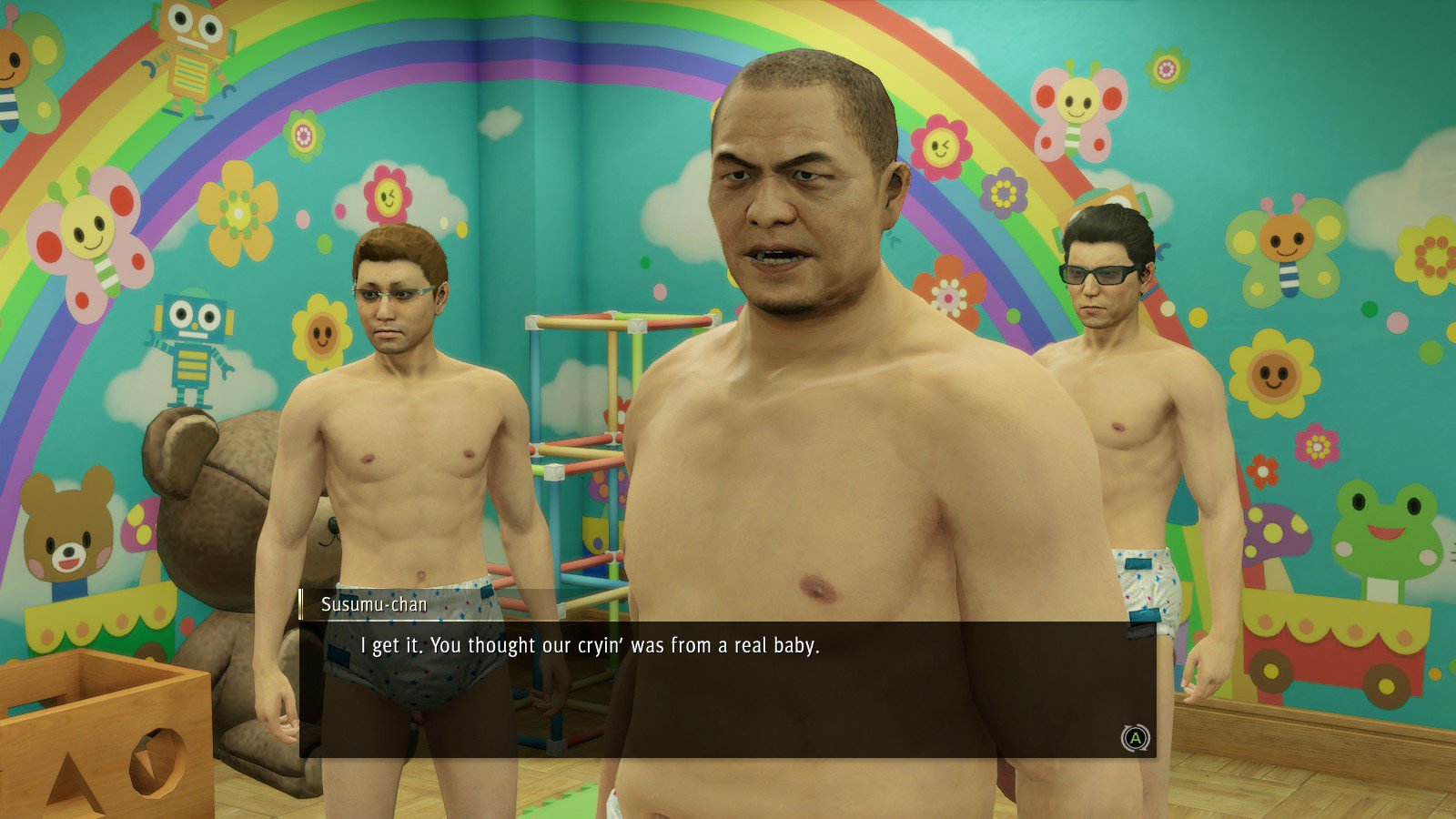 Needless to say for long-time fans, these highlights are only scratching the surface.

The biggest shakeup in Yakuza: Like a Dragon – the one that takes the most getting used to but ultimately feels at home in this fearlessly peculiar sandbox world – is the turn-based combat system.

For a bit of perspective, I love Yakuza‘s chunky beat-’em-up combat. Certain bosses are too much of a pain in the ass, and some moves are way too powerful to resist falling back on in every battle, but I love the mix of old and new design sensibilities, and few if any other modern games feel like this.

I’m still figuring out my definitive take on Yakuza: Like a Dragon‘s JRPG antics. I like turn-based battling more than I thought I would – it’s quicker and more dynamic than expected, with surprisingly impactful hits – but at the same time, I can’t call it a straight “upgrade” over the series’ real-time brawls. 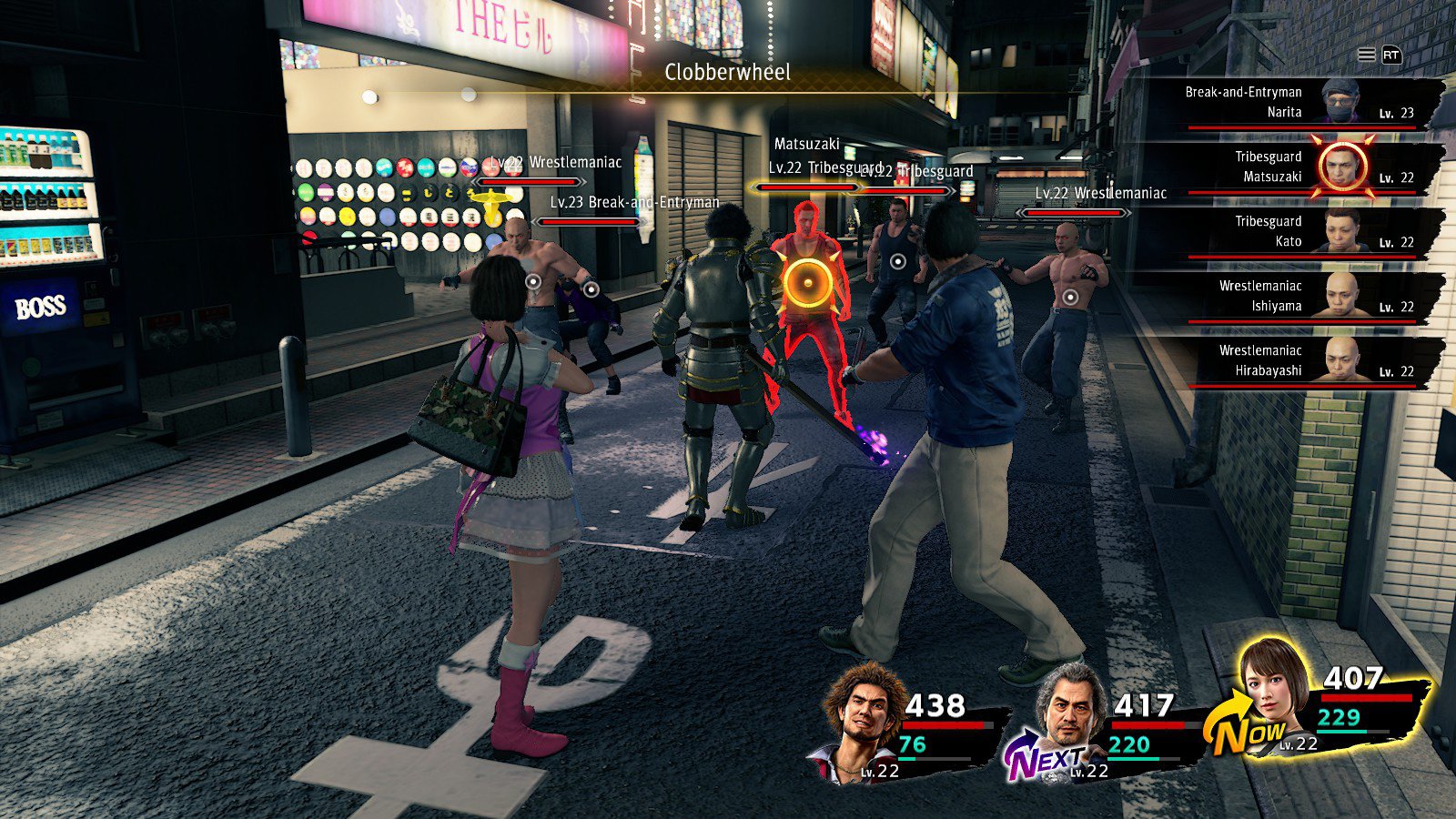 To simply sum it up, you’ll run into thugs on the street like normal (who are more otherworldly than ever), you’ll bounce back and forth between attacking and defending (with boosts for perfect button timings), and you’ll try to get the most bang for your buck by hitting multiple bunched-up foes.

There are some interesting wrinkles. Enemies never seem to sit still – they can intercept you on your way to your target if you aren’t paying attention, and you can use multi-target attacks – so it pays to be strategic. Your four-person party has a story-contextualized job class system with its own level progression and ability unlocks, and as out-of-control weird as the enemy designs are, they make sense in a story that references Dragon Quest by name. If you’re ever feeling the grind – trust me, you will – there’s an auto-battle toggle you can tap at any moment. It’s not perfect, but it gets the job done.

One other thing: run-of-the-mill battles can be over in a matter of seconds, and I really appreciate it.

The turn-based approach fits newcomer Ichiban Kasuga, who is good-natured and full of curiosity like Kiryu but far less of an unstoppable lone wolf. He isn’t the brightest, but he’s an amazing friend. My favorite part of Yakuza: Like a Dragon is rolling through town (in this case, Yokohama) with my crew, having them chat, fight, and dine together depending on the situation. It’s fun to build up bonds.

I only wish I could (optionally?) take real-time control of my party during these punch-outs. If Yakuza ever does JRPG-inspired combat again – and I do think it’s worth expanding – I’d love to see something more in line with character switching in Final Fantasy VII Remake. That could be the best of both worlds. 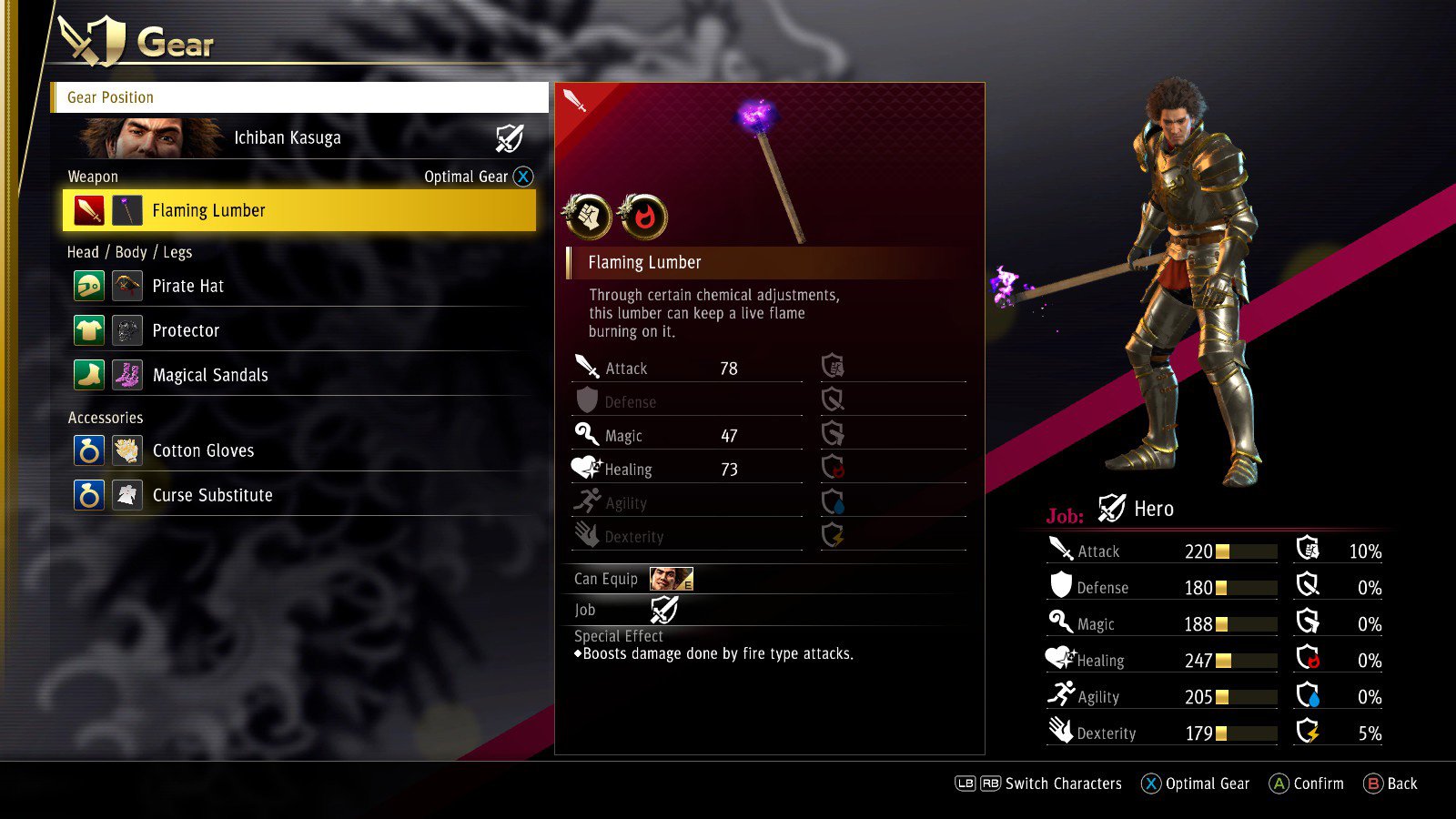 As is, Yakuza: Like a Dragon is entertaining enough for me to want to see every minuscule substory through to its end, so I’m not exactly complaining. I just think it can reach new heights with tweaks.

As for the English voice cast, I tried swapping over for a bit and it’s just Too Much after enjoying subs for years. There’s going to be an audience for this, and I appreciate the choice, but it’s a “no” for me.

If you’re here for “the usual Yakuza goodness,” you’re going to get it in Like a Dragon, no question. You won’t be disappointed, especially with an open mind. You may not prefer turn-based combat to frantic real-time combos, but the change still manages to justify itself – at least for this specific outing.

If you’re an all-new Yakuza player, you don’t have to feel guilty about starting with Like a Dragon.

[This preview is based on a PC build of the game provided by the publisher.]