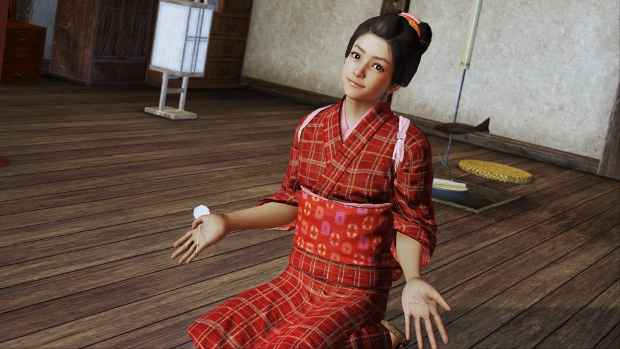 The hostess with the mostest

Quick, which of those three caught your attention? Fishing and gardening, for me.

This video offers a meaty look at Sega’s upcoming Yakuza Ishin, which Dale raved about at TGS. I have to admit, that world looks like it’d be fun to explore. It’s an underused setting, the actual urban bit of historical Japan, where people live, rather than barren battlegrounds for sword fighting.

There’s also a closer look at the brothels, along with the models that inspired them. You can play an intense match of rock-paper-scissors and get virtually drunk with these digital ladies. I think the shmup-style minigame is a metaphor for sex.

There are quite a few lengthy looks at the game, which is out next month in Japan, on that channel.