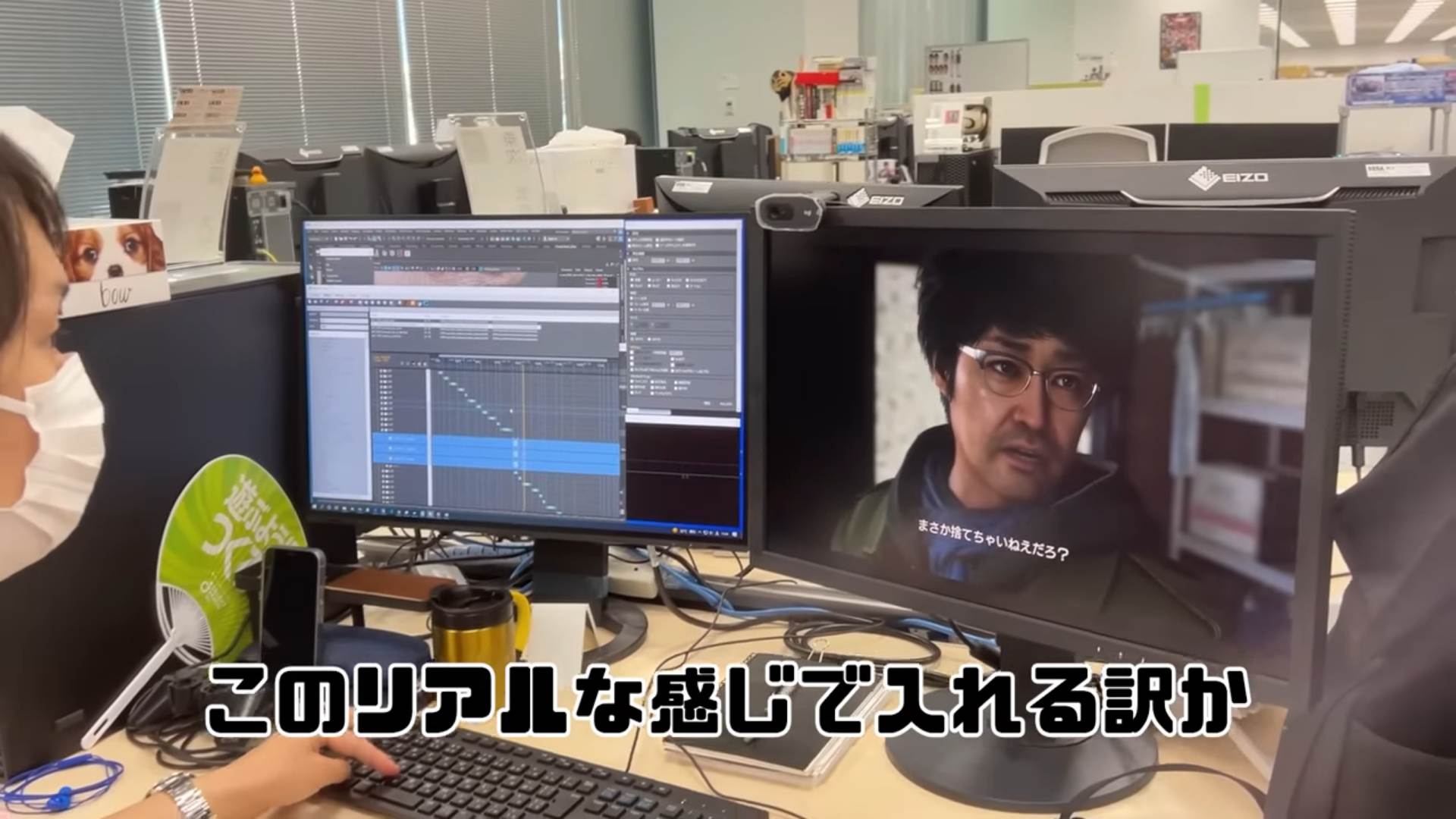 We just got a glimpse of the next Yakuza story. And rather than through a story or gameplay trailer, it’s through some off-the-screen footage of Yakuza 8 in a studio tour.

As shared by Famitsu, MMA fighter Mikuru Asakura recently posted a behind-the-scenes tour of Sega’s headquarters. He spends the video chatting with developers, but what really caught attention was a moment where a screen shows several Like a Dragon characters in what appears to be Yakuza 8.

Ichiban, Nanba, and Adachi all appear in this scene. The Yakuza: Like a Dragon protagonist appears to have a different haircut again, though it seems like his hair might be tied back rather than cut short.

Return of the dragon

The development team confirmed that the next Yakuza story would be a follow-up to Yakuza: Like a Dragon, so seeing these characters again makes sense. This was alongside a larger shake-up at Ryu Ga Gotoku Studio, which saw longtime director Toshihiro Nagoshi depart the studio. The Yakuza creator would later reveal his own studio, Nagoshi Studio, under the NetEase banner.

As for the next Yakuza game? This is the first glimpse we’ve seen of it. We did get confirmation last year that the Yakuza series would not just carry on the Like a Dragon story, but its RPG combat as well. It seems like the brawler action will live on with Lost Judgement and other games from Ryu Ga Gotoku Studio.

Hopefully this is a sign that we’ll see more of the next Yakuza soon. Yakuza: Like a Dragon was a major departure for the series, with a new core cast and entirely new battle system. But it was incredibly charming, and I’m pretty down to spend some more time with this disaster-person RPG party.