Sega has officially revealed story and gameplay details for the next entry in its popular and long-running Yakuza franchise, following on from various teases over the past year. Yakuza 7: Whereabouts of Light and Darkness (or Yakuza: Like A Dragon in the west) will be launching in Japan on PS4 January 16 – before heading west sometime in 2020 – and looks to take the series in an all-new direction.

As you can see from the screenshot below, Yakuza 7 is eschewing the traditional brawler elements of the series for a real time strategy-like system, where players will decide the actions of new protagonist Ichiban Kasuga and his pals in turn-based battles. Options for attack, defence, support and recovery will be available to our heroes as they fight it out within the mean streets of Isezaki Ijinch, Yokohama. This new locale is stated by Sega to be more than three times the size of traditional Yakuza setting Kamurocho. 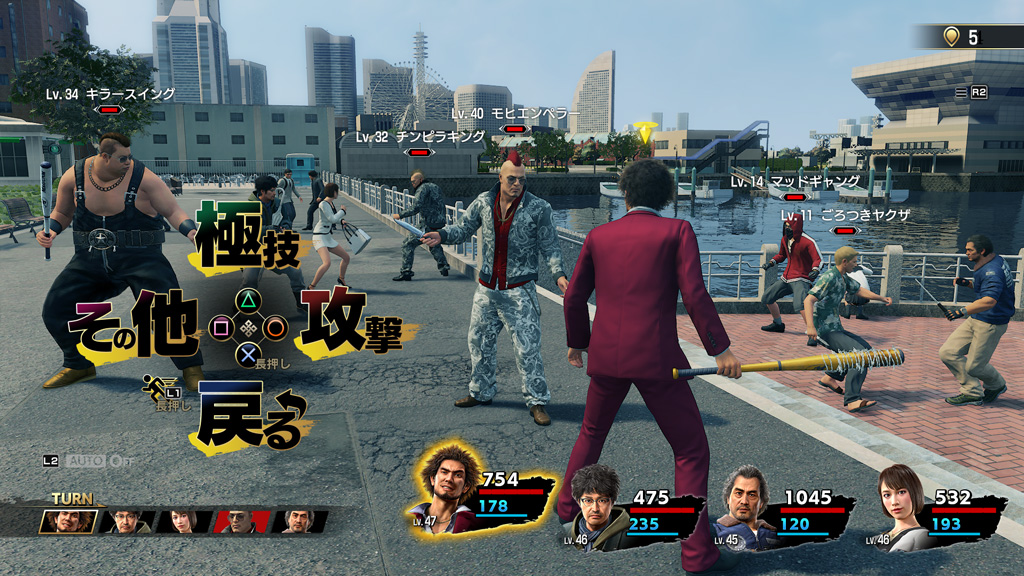 Yakuza 7’s narrative will tell the tale of Kasuga’s return from a lengthy stint in prison, where he will take strides to make a name for himself from the ground up in Yokohama, rebuild his former clan and learn the truth behind an attempt on his life from those he once trusted. No doubt the tale will see Kasuga meet a huge cast of characters, thrown down with street toughs and mob bosses and, at some point, rip both his shirt and suit jacket off in a single motion.

Yakuza 7 launches on PS4 in Japan on January 16 and will arrive in the west later in 2020.