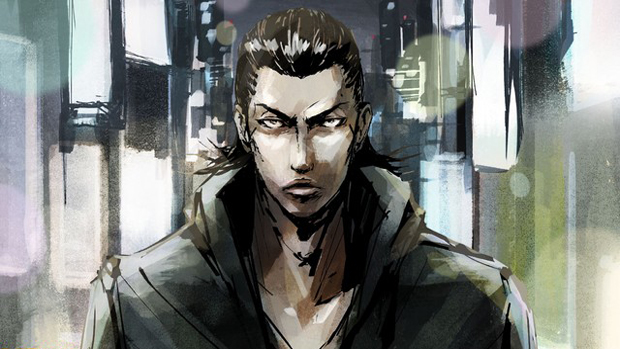 Sega’s Ryu Ga Gotoku Studio (“Like a Dragon” Studio, or just Yakuza Studio to us) has announced two new games currently in the pipeline. The first is the PSP sequel of Yakuza’s spin-off series, Kurohyou 2: Asura Hen (Black Panther 2: Fighting Demon Chapter.) The second is Yakuza 5.

The PSP sequel follows Tatsuya Ukyô, aka “Kamuro District’s Mad Dragon” — the same protagonist of the first game returning home a year later having unable to find happiness in America. He meets old acquaintances and is eventually forced to return to a place he never wanted to enter again — the underground battle arena “Dragon Heat.” Waiting there are Osaka’s strongest gang of fighters — the Asura — vying to take control of Tokyo, and thus starts Tatsuya’s fight against them.

Essentially this is Yakuza 2, but with a different story, and on a different platform. This game allows you to explore the same Osaka location once again — Soutenbori, where the studio say they collaborated with real companies in the area “to recreate a lifelike Osaka atmosphere.” There’s also been some tweaking done with the “Brawl Battle,” where surrounding onlookers burst in from time to time, forcing you to be constantly aware of your surroundings. Finally, they haven’t forgotten to include plenty of “playspots” such as cabaret clubs for you to frequent and enjoy the “spicy atmosphere.”

Yakuza on the PSP is out in Summer 2012 and the fact it’s on the PSP will probably raise a few eyebrows considering the Vita will have been out for half a year in Japan by then. You can probably make a few theories over this, but most probably Sega are just playing it safe, knowing that they have an established base on the PSP and forecasting that not everyone will jump on the PSV bandwagon right away. You’ll also get to see more of the game during TGS.

Next is Yakuza 5, and confirmation that development has started on it. However, any more detail could not be given as the “game has been going through various changes, and there’s a huge amount we have to do.” Producer Toshihiro Nagoshi did state that the current Yakuza series is supposed to end with Yakuza of the End, and with this game they felt they “had to make a fresh start … even if we were unwilling to do so … ” If they didn’t change the formula, he says that Yakuza 5 could be made quickly, but that’s not what they want. He, as a creator, wants to repay your kindness for allowing him to have fun with making Yakuza of the End and wishes to make a game that you will want to wait for.

When asked about changes in the concept, Nagoshi said that “looking for a fresh and technical face and innovative ways of having fun is a must, however there will be not much change in the way the series portrays drama.” He goes on to say that more details on the game may not appear at TGS as the game’s planning may change. In the meantime we’ll just have to make do with these pics of the studio members who all look like Yakuza themselves, whilst pondering on what the game will look like, and on what console it’ll be on. I have a feeling that it could be on the Vita. If so, what would you think about that?