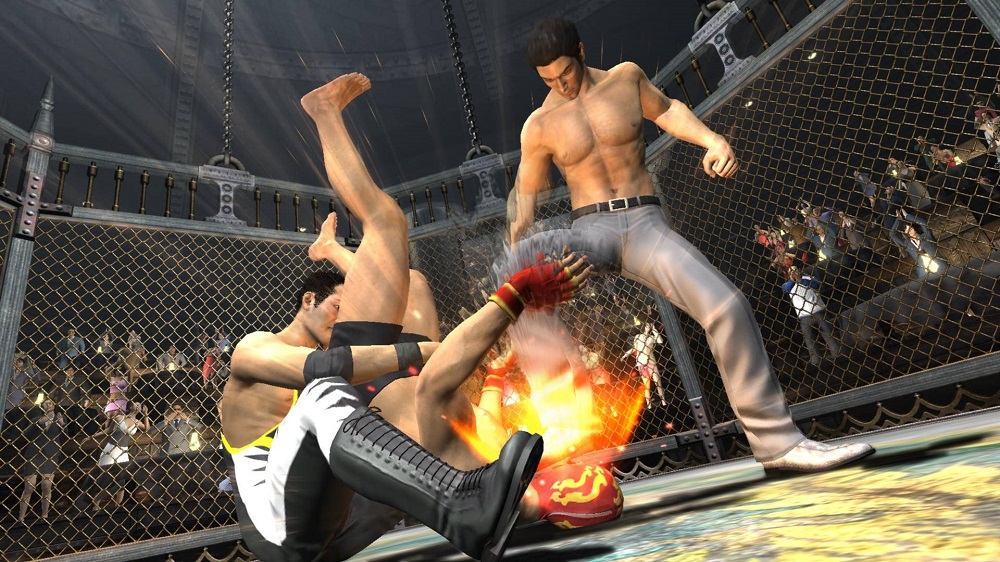 Argh, Kiryu and Kaoru would make the best team

While we all wait with baited breath for Sega to release its PS4 remaster of 2009’s Yakuza 3, we can check out this batch of newly-released screenshots, showing off the famous (infamous?) underground fighting colosseum.

For those yet to journey through the third chapter in the mainline Yakuza series, our boy Kazuma comes across an underground fighting den on his journeys. Once this chapter has been featured in game, Kiryu can return at will to take on a series of increasingly tough opponents, sharpening his fighting skills and earning items to help further his quest.

In the Yakuza 3 remaster, players will be able to find partners in and around the city to participate in multi-man bouts. There will be a selection of rings and weapons to choose from and even special double-team Heat maneuvers. I’m hoping some of the available partners will be some of the series’ favourite cast members, but it’s likely to just be a bunch of jobbers.

You can check out screens from the underground colosseum in the gallery below. The Yakuza 3 remaster launches in Japan tomorrow, but is yet to receive a Western release date.