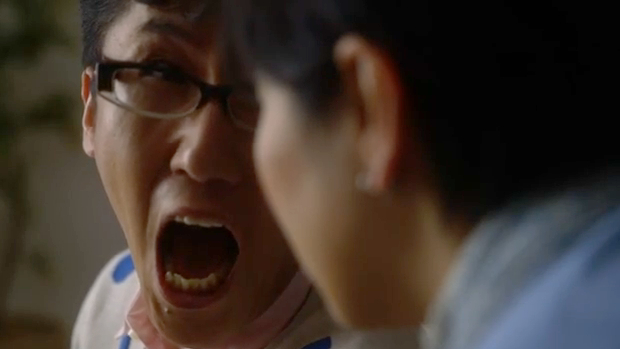 Yakuza and Yakuza 2 are getting the HD treatment, though as it stands the bundle is exclusive to both the Wii U and Japan. Because I’m still bitter about Valkyria Chronicles, I’ll just assume they’re never coming stateside because, guess what, series fans? SEGA hates you.

Anyway, this advertisement is weird. I’m not even talking about the overly enthused player or the kitschy, colorful living space. I was a bit surprised by the home life focus. Is it just me, or is it weird that the ad focuses so heavily on being able to use both the TV and GamePad to play? I mean, I know that’s the Wii U’s thing — and maybe Nintendo doesn’t play that angle up enough here — but it seemed odd how little of the actual game is shown.

Heck, the hostess club segments get the most play, leading to an “aw snap, the wife is home while hubby is ogling animu” cliche ending in which the wife turn into a lion. Possibly only symbolically. Is it because the Yakuza series is already a well known entity in Japan? Am I too concerned over the decision making in a silly advertisement? Probably.