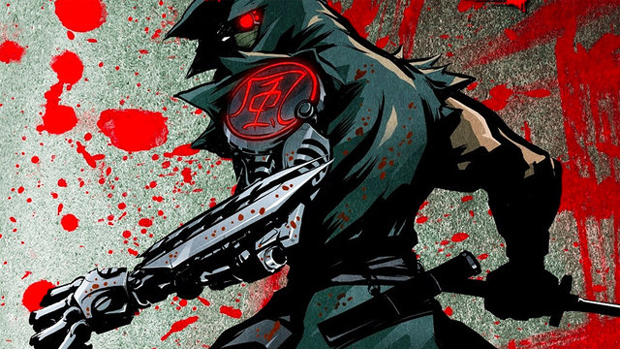 Under Itagaki’s watch, the Ninja Gaiden series was about big production values, precise action, and serious-face gameplay. Those days are over. With Inafune at the helm of this new Ninja Gaiden spin-off, the tone has gone the way of Japanese Grindhouse action-comedy, with zombies driving steamrollers, cyborg ninjas tearing off their shirts and going tazmanian devil on hoards of the undead, and special moves like the “meat slapper”. For better or worse, no one is going to say it’s just another Ninja Gaiden title.

Sadly, these kinds of games never seem to sell too well. Neither Lollipop Chainsaw or Madworld ever cracked the million sold threshold (at least by my numbers). It will be interesting to see if the Ninja Gaiden name and the pedigree of it’s dev team helps Yaiba to do better. There is a lot to like here outside of the silliness. The combat is gratifying and the cel shaded art direction does well to cover up what look like relatively low budget visuals. With a budget price tag to match, Yaiba: Ninja Gaiden Z could tide you over quite nicely.