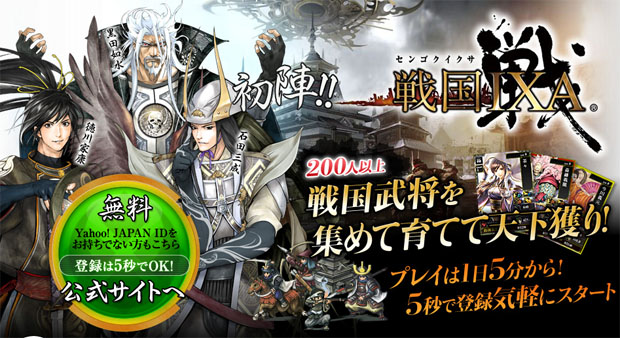 Square Enix and Yahoo! have joined forces to make…a free-to-play browser-based game called Sengoku IXA. Great. I’m digging that it’s based in Japan’s Sengoku era, and that its a strategy game, but those are two things that will send the rest of you running the other direction.

In this game you build an army and team up with other players to work to expand one of 12 territories. Battles take three real-world days via either automated or — for the crazies — manual control. Winning earns you virtual general cards, which will also likely be sold in a virtual store, along with other in-game items.

A closed beta kicks off on May 27, says Andriasang. You’ll need a Yahoo! Japan ID to get in.