Which could be more Shovel Knight

Shovel Knight is done — dead and buried, six feet underground. Okay, maybe it was more ceremonious than that, but it’s the only way the digging puns fit.

Yacht Club Games has spent nearly seven years on Shovel Knight, with the final expansion, King of Cards, launching last December. That’s a long time to be creatively-chained to one ever-growing project. It’s time for something new.

We’ll get an update on Yacht Club’s going-ons next Wednesday. On February 26 at 9am Pacific, Yacht Club is hosting its second Nintendo Direct-like livestream to keep us abreast of the studio’s projects. It can be viewed on YouTube and Twitch.

Some expected topics are Cyber Shadow (a fast-paced side-scrolling platformer that will draw comparisons to Ninja Gaiden, and developed by Mechanical Head Studios) and Shovel Knight Dig (a Shovel Knight spin-off in the vein of Dig Dug which is being primarily developed by Nitrome, not Yacht Club). Of course, there are promises of “surprises you’ve never seen.”

What could Yacht Club have up its sleeve? Might there be more Shovel Knight in our future? It’s certainly the safe and popular choice. (Remember: Yacht Club said King of Cards wrapped up the original Shovel Knight, not Shovel Knight as a franchise.) But, in an interview with Kotaku last year, Yacht Club founder Sean Velasco talked about the burnout from working on one project that long, and the need for a palate cleanser for the next game.

Those surprises will be unearthed in one week’s time. However, it won’t really be all that surprising if Yacht Club’s new project either is or isn’t some sort of twist on more Shovel Knight. 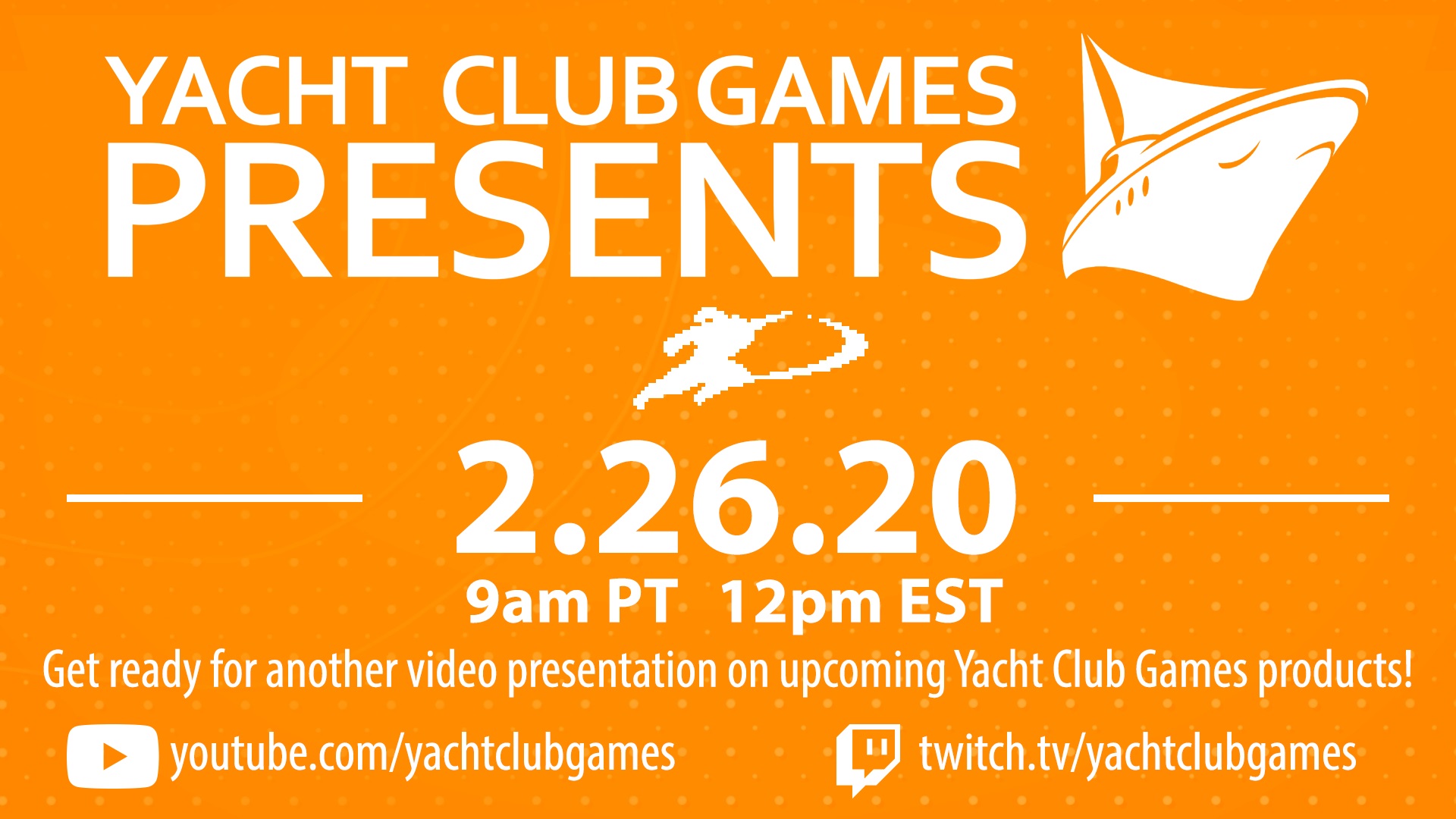