Breaking records with every battle, literally

Y2K began with protagonist Alex Eggleston returning to his his hometown from college. I watched him gaze out of bus windows until the scene shifted to him sharing a seat with a man in a panda costume.

This was jarring enough to give Alex reason to look completely shaken and offended, and as the jaunty soundtrack suggested, should have felt super quirky and weird. It didn’t.

Instead, I found myself annoyed and impatient. And uncomfortable. The music played on, instilling a sense of “everything’s going to be okay, but at the same time it’s totally not.” Like going home when you’ve got a terrible report card in the mailbox, or when you receive a text message stating that you and your significant other “need to talk” but there’s no context as to what kind of talk you’re going to have. And then, as if to make matters worse in every way, your cell signal goes out.

I couldn’t shake that uneasy feeling as the game progressed. Alex eventually arrived at the bus station to an empty town, with clear streets as far as the eye could see save for a pair of girls on bicycles. I stood in front of them hoping I could stop them, and one did stop to look at me, but continued on her way. Unfortunately, before then Alex had already immediately begun flapping his gums as I followed the floating objective text on-screen to “go home.”

I didn’t have subtitles to keep my interest (I assume due to the early nature of the build I was using) so his needlessly verbose narration fell on deaf ears most of the time, especially when he started describing how he never left the house. There’s a time and place for self-indulgent reflective dialogue, but fresh off the bus wasn’t it. 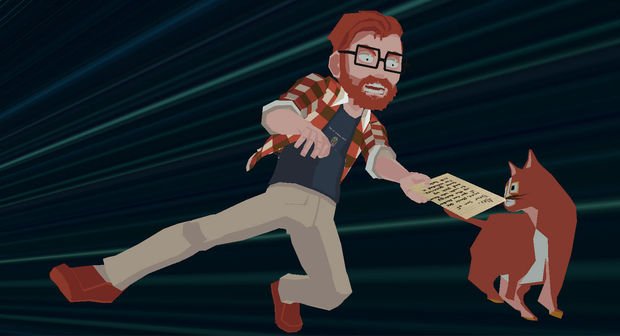 At that point I realized I wasn’t sure how I felt about the game, having been irritated nonstop by a constant flow of “look at how unique we’re being!” design decisions and Alex’s narration. I was thankful for the eventual dialogue boxes that popped up later on during exploration to keep me engaged while my eyes darted around elsewhere, though Alex’s insistence on making droll comments about the world around him nearly pushed me to exit the game several times over.

It wasn’t until I finally exited Alex’s house later on and ventured further into the game world that I truly marveled at what lay before me. I knew it would be the killer aesthetic — not the burgeoning narrative surrounding the so-called “Death Cab” or the offbeat protagonists — that would take me in the end. The lush greenery of the forest I ended up in while chasing a wayward cat with a Salvador Dalí mustache blew me away. The faux-spritery of not-quite 3D and not completely anti-aliased character models struck me as charming and nostalgic, but the empty streets and uninspired layout of Alex’s home didn’t do much to convince me of Y2K’s potential beauty. Neither did the amateurish anime-styled portraits of each speaking character, who seemed like they belonged in a Ren’py visual novel rather than an ambitious role-playing game with a unique art style. It looks as though this may have changed in newer builds of the game, but I’ve not yet gotten my hands on one.

Once I got into the overworld proper, however, I drank in the sights. I ran through a golden field during sundown to chase after the cat who got away from me. I made mental comparisons to games before Y2K who perfected this look (El Shaddai: Ascension of the Metatron and Killer7 came to mind) and I began to enjoy myself a whole lot more when faced with whimsical locations on the map that still gave the impression I was alone in the world, but in a beautiful, far-off place. 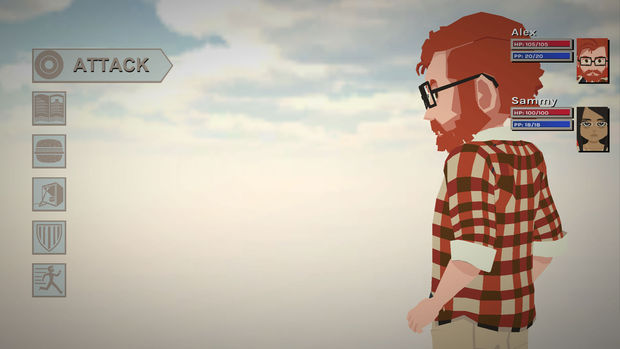 This feeling, of course, persisted when I made my way outside the limits of Alex’s sleepy hometown and into some decidedly otherworldly places simply by following a silly little cat a la Toru Okada in Haruki Murakami’s The Wind-Up Bird Chronicle. I won’t spoil things here for those interested, but there’s a weird world of surrealism waiting to open up to you in Y2K after the normality seems to wear off, and I know I want to see more.

A turn-based battle system steeped in combos and rhythmic button press blocks was a delightful surprise as well, calling forth visions of the better of the Japanese RPG pool. That’s not a huge surprise as the team at Ackk Studios have stated time and time again that one of their goals with Y2K is to take from the best aspects of classic JRPG battle mechanics and leave the rest behind.

Predictably, Alex is an audiophile and throws LPs at enemies. Attacking and defending was a little more tiresome than your usual “press X to dodge” systems and takes some getting used to, but it was satisfying and suitably jarring when I took damage. There were hints that a deeper, more fulfilling system was at work, and one I’m interested to investigate further.

Now, as I write this I think back on the strange experience that was Ackk Studios’ ambitious title and hope for the best when it’s finally released. I must have sat through its opening non-sequitur about twenty times before I got into the game proper: “The needle of the record player has dropped…the sound that the world will hear will change the very nature of reality.” Blah blah blah needle, record, blah blah pseudophilosophical musical analogy, fade to black. It’s exactly what I hoped there wouldn’t be any of in a game that bills itself as a “postmodern RPG,” and right there it was as soon as I got started. It bled through every single pore of the game, from Alex’s character design to the insistence on including LPs as weapons and the phrase “sick beats.” 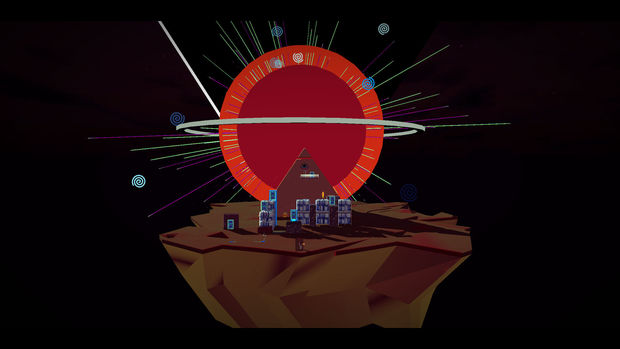 And yet, I’m intrigued. In many ways it may feel derivative and frustratingly devoted to keeping up appearances as wacky for the sake of being wacky, but I think there’s something special at work here too. Something genuine. I’m sure I’ll find it lurking beneath the panda gimmickry and silliness, and for that reason I want to see more…even if it’s just to find out if the rest of the game plays like a love letter to Haruki Murakami. I’m hoping that it will.