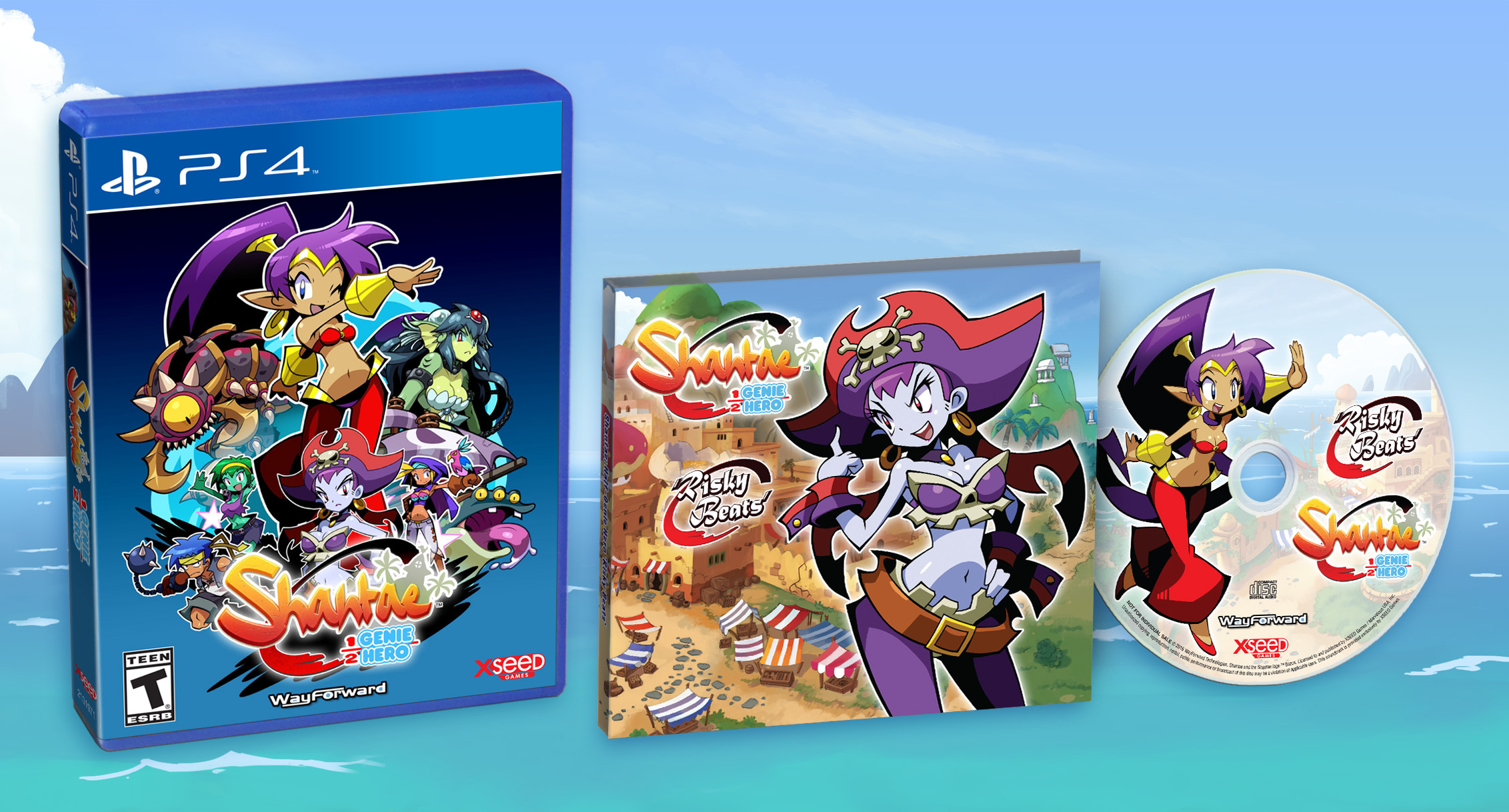 Following up on that digital release date news for Shantae: Half-Genie Hero, publisher XSEED has finalized the game’s physical launch on PlayStation 4, PS Vita, and Wii U in North America. The Kickstarted platformer will cost $30 at retail and come with a 30-track CD, as pictured above.

Just like the multi-platform digital launch for Shantae, the PS4 and Vita retail editions will drop on December 20, 2016. On Wii U, it’s going to take an extra week at retail, so that version will be out on December 27 (though the $20 Wii U eShop release will be right on time on Dec. 20). Got all of that?

I know WayForward has issued loads of backer updates, but now’s the time to pay attention to those emails if you put any money into this project. Half-Genie Hero codes are in, although some of the platforms are time-stamped and you won’t be able to redeem just yet (find pertinent details here).

“This is our biggest launch ever, and we’ve got our hands full! Our support lines will be very busy over the next few weeks, so when possible please make use of the WayForums, as your answer may already be there! Thanks for your patience, and for making this dream game a reality!!”