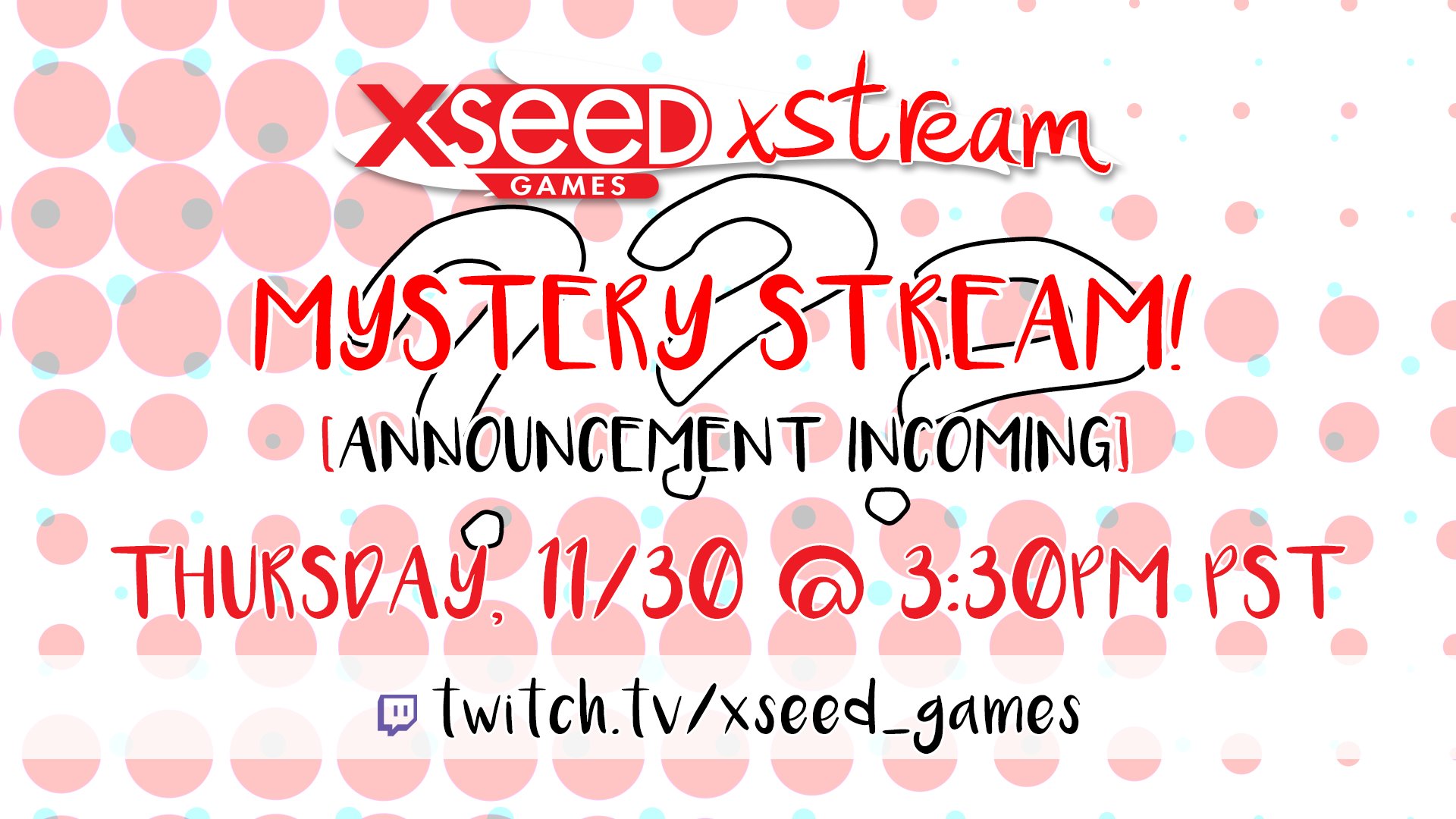 In case you’re up for catching yet another planned stream from a publisher that may or may not actually deliver, XSEED is hosting a “mystery stream” on Thursday with an “announcement incoming.”

The stream will be held at XSEED’s Twitch channel at 3:30 PM PT, and will presumably either announce a brand new game, a localization, or a port — many are anticipating a pledge to support the Switch.

My money is on EDF5, which just arrived in Japan and has been incredibly popular in the west. While it could be a lot of other things we know for sure one thing it isn’t, as an XSEED localization producer confirmed that it won’t be Kiseki (read: Cold Steel) related.