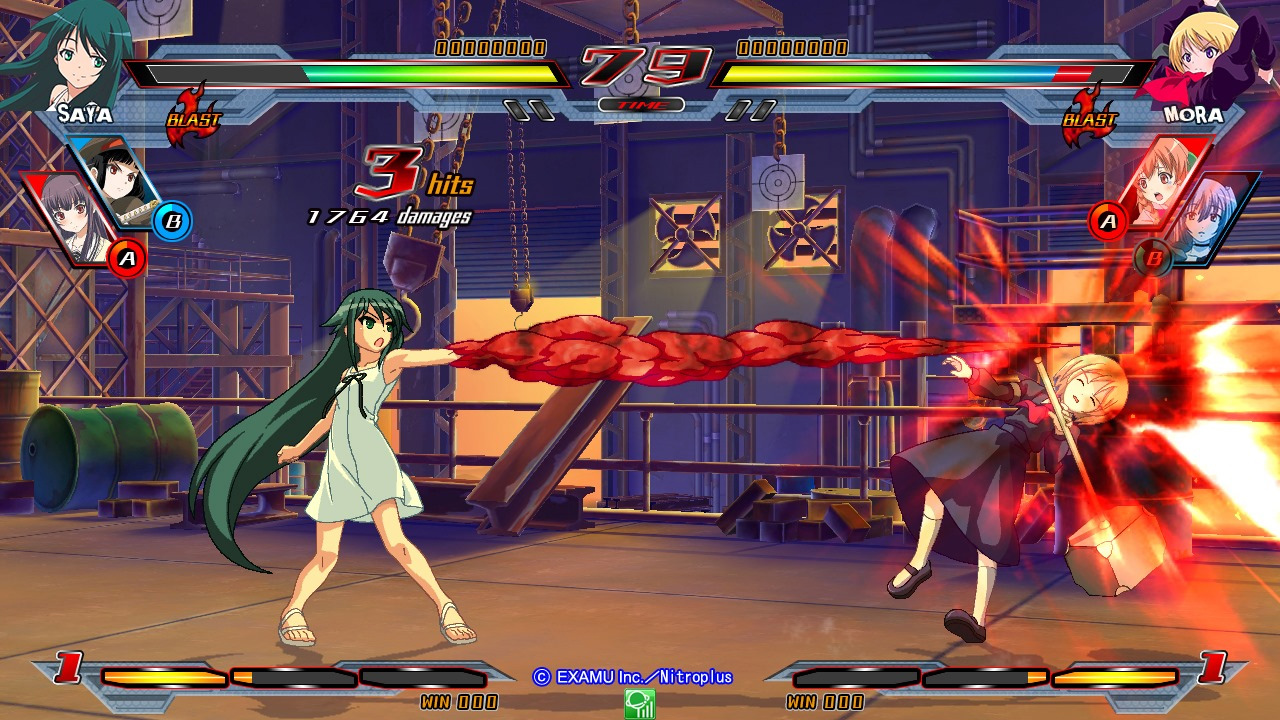 From the folks behind Arcana Heart

Nitroplus Blasterz: Heroines Infinite Duel is a PlayStation exclusive no longer. XSEED is bringing the Examu-developed 2D fighter to Steam this winter, and that’s sure to make some of you happy.

In his review of the PS4 version, Kyle noted that he wasn’t familiar with most of the roster given its visual-novel origins (a feeling I can definitely relate to), but it didn’t end up mattering too much.

“Nitroplus Blasterz is a fast, smooth, strategic, and generally entertaining fighting game that has found a happy medium between accessibility and depth,” he wrote. “Provided a decent-sized community builds around the game, this is a fighter I could see myself enjoying for a long time to come.”

What’s new for PC? At the very least, “new victory animations for some fighters, animated stage backgrounds, and menu settings in training mode which are now saved from the player’s last play session.”