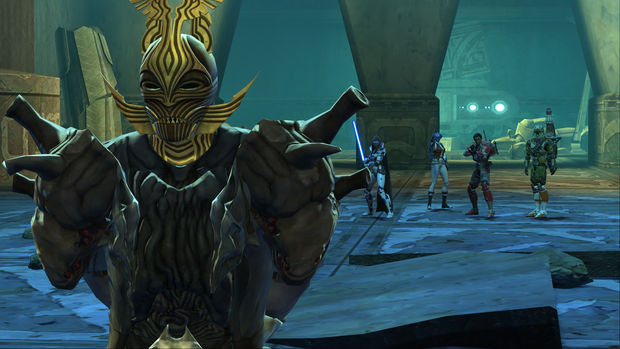 If you were expecting to have a fairly comparable experience playing The Old Republic for free, you were probably disappointed to find out that you had a 25% reduced XP rate after level 10. It made the game more of a grind, and as a result, a lot of players who would have otherwise been sucked into paying for parts of the game left entirely.

As of this week though, the reduction mechanic only applies at level 12, and will only slowly increase to 25% until level 20, which gives you a bit more leeway in terms of starting an alternate character.

As someone who played the game at launch enough to have a max-level character, I enjoyed my time with The Old Republic. It’s a shame they couldn’t do more to keep people interested from an MMO standpoint, but as a completely single-player experience, it was a ton of fun.