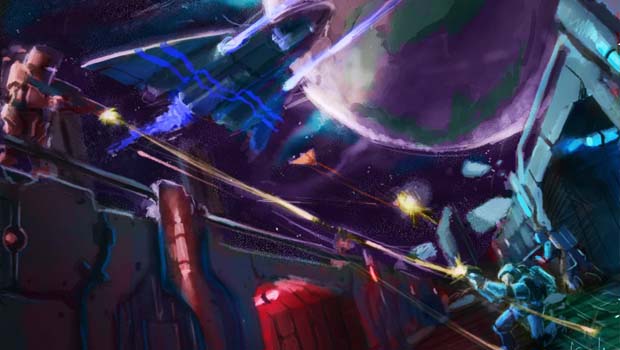 To say the market for first-person shooters is a tad over-saturated would just be pointing out the obvious. Unlike so many other genres, just having a competent product doesn’t cut it. With so many great titles on the market these days, it takes something truly special to separate your game from the rest of the grey and brown bulletfests on shelves. Enter the latest Xitol Softworks and the latest game to vie for your trigger-squeezing attentions, Zone: The Battleground.

While not much is known about the game itself at this point, Xitol Softworks is an interesting story. The fledgling developer started their journey into the world back in 2007 as a community of modders. Since then they’ve moved on from messing with the innards of Halo: Combat Evolved by becoming an officially registered company and using the Unreal SDK to work on a project of their own.

Zone: The Battleground marks the studio’s first effort since its incorporation last November and is announced for release on PC and Mac before the end of the year. Until then, the team is currently looking for artists and modelers and soliciting community input for the project. I’m wishing these guys the best and hoping they create something interesting and unique — the last thing the world needs is another banal, by the numbers shooter.