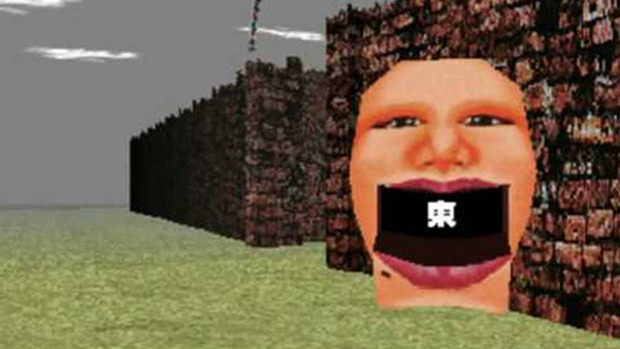 [Last week, I asked you to write about a game that you love that never made it over to the region you live in. Our first promoted blog on this topic is from Revuhlooshun, writing about LSD: Dream Emulator. This week’s topic is about game mods, so come join in the fun and write your Modifications blog before next Monday! — JRo]

A number of games popped into my mind when looking at this week’s topic, but LSD is just too damn good not to mention. It’s a crime this game isn’t more well known.

Mostly, it’s just weird. Which is why it was never localized out of Japan, and why prices for a physical copy can fetch a ridiculous sum (but can be found on the Japanese PSN, thankfully).

You start in a stage. You have about 10 minutes. Your objective is to wander around and bump into various objects, which cause you to transition into new rooms, progressing forth while taking in the sights before you wake up and start a new dream.

That’s it. You walk around and blurt out “what the fuck?” the entire time. It is, hands down, one of the greatest design philosophies ever created, a result of Hiroko Nishikawa keeping a dream diary for over 10 years and Osamu Sato engraving his milk-induced nightmares onto a CD-ROM. It’s like the developers mentally reached across the globe, grabbed a 13-year-old me by the shoulders, and asked him: “What do you want to do when you grow up, little boy!?” 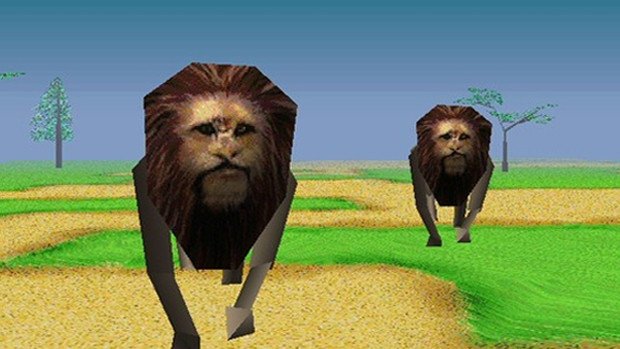 I am a weirdo at heart. Which is why me and this game connected from the very beginning.

Everything, as I mentioned, is randomly generated – you may enter familiar rooms, but the details will be changed each time. Of particular and dramatic consequence is the music, which usually sounds like a deaf orchestra playing all of their instruments as they tumble down a flight of stairs. There are maybe around 500 or so different songs you’ll hear in the game, except not really – the number is more like 6 or 7 simply played in different tones, some of which were produced by legendary DJ Ken Ishii. The name might be familiar: He also produced the music for the third stage of Rez, titled “Creation the State of Art,” along with some stuff in Lumines. His regular work is also quite well done.

This is not a game in the traditional sense, as you can already tell. Its appealing, single focus, its only purpose, is to melt your brain, which it does a phenomenal job of doing. There are multiple types of environments and aesthetics, but each share continuity due to that ever-linking acid-tripping atmosphere.

Some days, you’ll wander in an empty apartment building surrounded by the sounds of birds outside. In others, you’ll be trapped in a sherbet-colored world decorated with national landmarks, like the Eiffel Tower and the Golden Gate Bridge, before somehow wandering into the dark, seedy alley ways of the “Violence District” where corpses hang from light posts. In between all of this will be sumo wrestlers fighting, horses pulling carriages on two legs, children playing jumprope, giant bears rampaging about, and UFOs flying above.

Which brings me to this asshole. 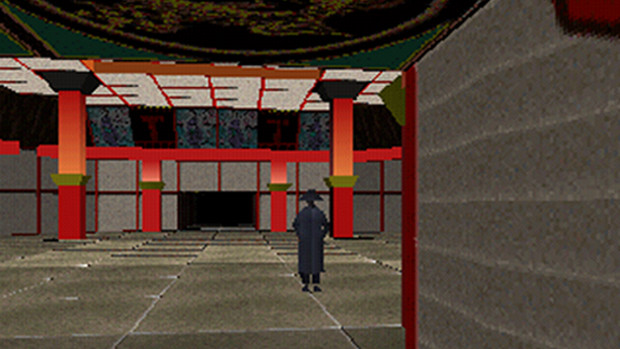 He’s referred to as “Shadow Man.” This is because he has no name, no story, and nothing better to do than to torture you, causing you to immediately get the fuck out. After around 20 “days,” you have the ability to go back and revisit your past dreams – a really neat feature if you ever experience something truly astounding and want to be able to go through it again.

Though not if the Shadow Man gets to you. If he reaches you, the screen flashes white, and you permanently lose that dream. Forever. That’s it. Sometimes he’ll appear and disappear, only to return again in another segment. Sometimes you’ll be minding your business, only to turn around and see him floating towards you. In one instance, I attempted to get away by diving into a giant cactus. I then stood atop a large skyscraper in the middle of the night.

And there he was again. He followed me, the son of a bitch. He is a bona fide creeper. His pace is that of a guaranteed doom, an ill-fortuned fate of which there is no escape for any of us, and to which time merely counts the seconds remaining before its impact. He is silent and dreadful, compelling you to run.

I couldn’t go around him though. I did what was only natural: I began to walk backwards, filling that need to get away. Until I was falling off the side of the building, watching each story pull into the air as I plummeted past them and dropped to my death. The screen turned a solid red. It was over, the dream forever lost in the corpse left behind. I was now back in the apartments, the birds still arguing back and forth.

Only to walk into this shit. 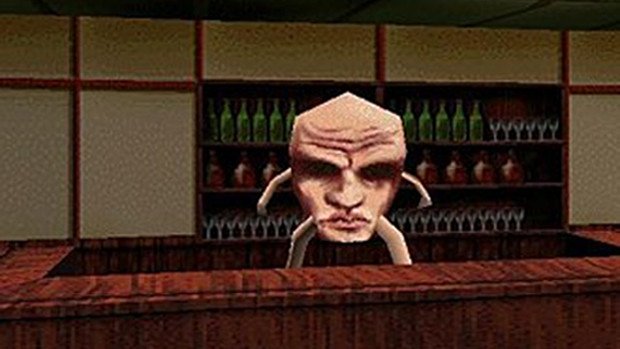 As stated above: it is, without a doubt, the most frightening game I have ever played. You’ll see videos of playthroughs where people are yelling and scared shitless. I used to watch these and ask myself: “it’s just a pink elephant dancing in the sky, what the fuck is so terrifying?”

Then I played it at night myself, and couldn’t keep doing it for more than 5 minutes. You really feel entirely and unbearably alone in this unrecognizable and deformed world, even as carousel music plays and cats march in a military parade. It is that disjointed from reality that it makes you entirely conscious to your own seclusion, making you uncomfortable in the process and liable to be spooked by any sort of abnormality which cracks a smile at you. Because the graphics are so outdated and lack the detail and definition we see in contemporary games, its poor animation helps to bend the environment into a Picasso-esque brainfuck as to what life looks like. This in turn solidifies that sense of isolation and unfamiliarity, and it is one of the few PS1 games I have seen where the graphics have worked to the betterment of the game as a result of time passing.

Every dream, and every action you take in them, affects the mood of your character and influences your future dreams. No one really knows what makes the mood swing in any which direction. At the end of each dream, a red square will fill one of the segments with no rhyme or reason. It is said that there is an alternative ending to this game, to which a special cutscene plays once all of these squares have been filled. 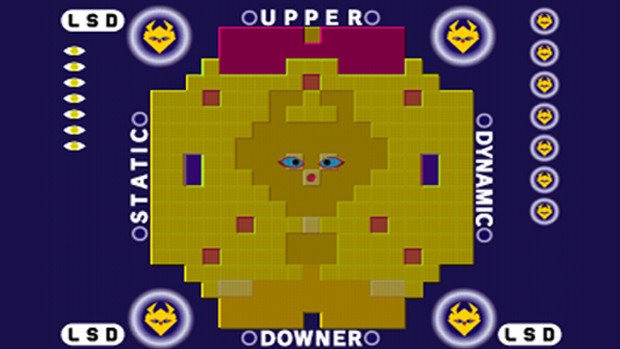 No one has the slightest clue how to do it. Beyond that, the game ends once you’ve gone through 365 dreams, each one more and more bizarre than the last. It then resets the count back to Day 001, and you just do the shit again.

This is very much a 90’s PlayStation sort of game, a member of an exclusive club of simply psychotic endeavors that came out of Japan in the vein of PaRappa the Rapper and Bishi Bashi. It’s why I question the creative capability of modern Japanese developers sometimes, as these levels of insanity really aren’t prevalent in our modern age. Which makes me very sad.