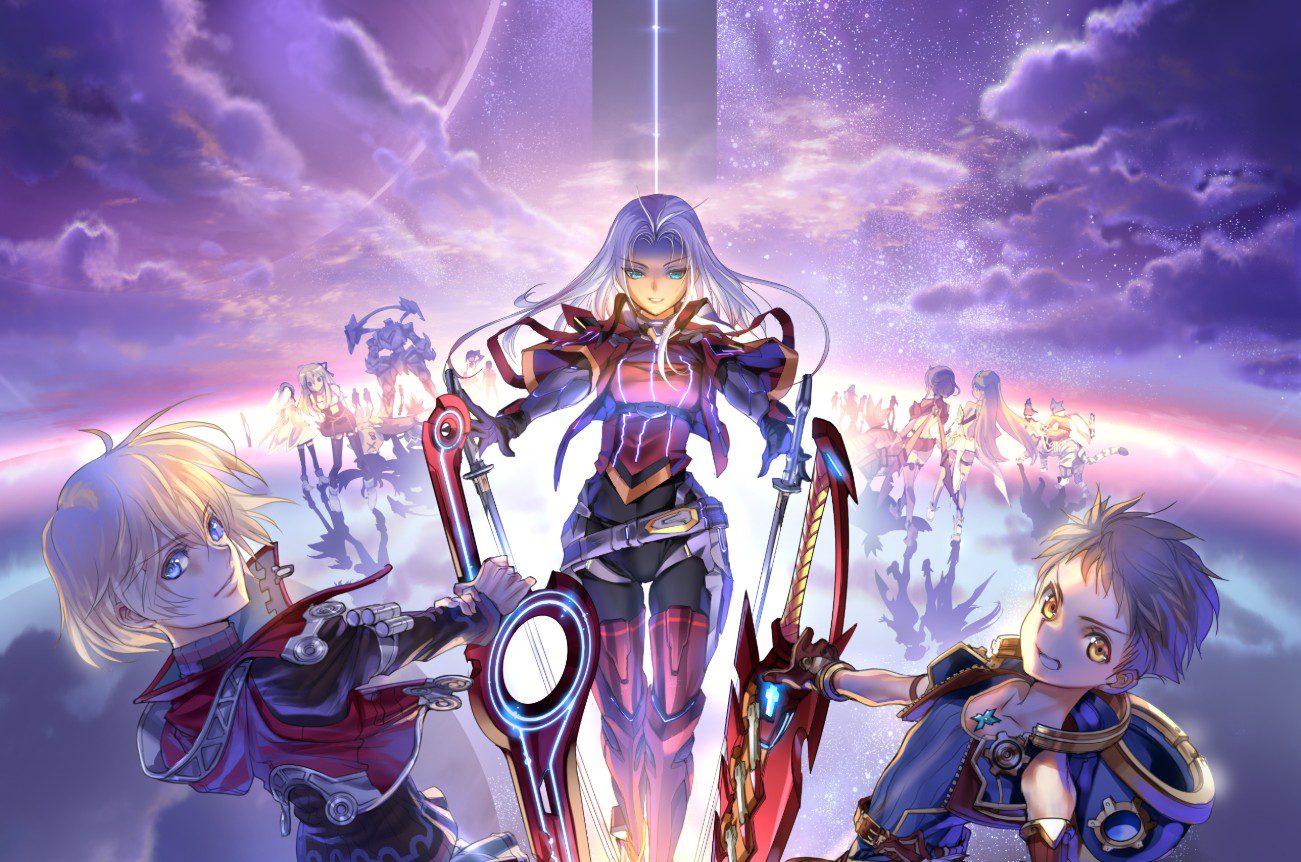 Xenoblade Chronicles was released on June 10, 2010 in Japan. It would arrive in Europe a little over a year later and in North America in April of 2012. Although a lot of folks might not recall that Xenoblade is a decade old, it technically is!

To celebrate this landmark of an anniversary for a series that doesn’t seem like it’s going to stop anytime soon, Monolith Soft and Nintendo have released new artwork for it. Uniting the cast of multiple games, Shulk and Rex are front and center with their powerful swords, alongside of Xenoblade Chronicles X’s Elma, who is dual wielding her blades. Although X gets left out of the conversation a lot, I hope it also gets the Switch treatment it deserves, so the entire series is on one platform.

You can find two versions of the art below: including the Japanese edition that cuts off the word “Chronicles” and gives us a fuller perspective. As one of our readers pointed out, you can find the “clean” version (without the logo) here!