Our review is coming later this month

The scale here is absolutely breathtaking, and a mite surreal once you realize that you’re playing on the Wii U, where the development team couldn’t even optimize the game on a single disc. Here’s a few thoughts after spending a ton of time with the experience. 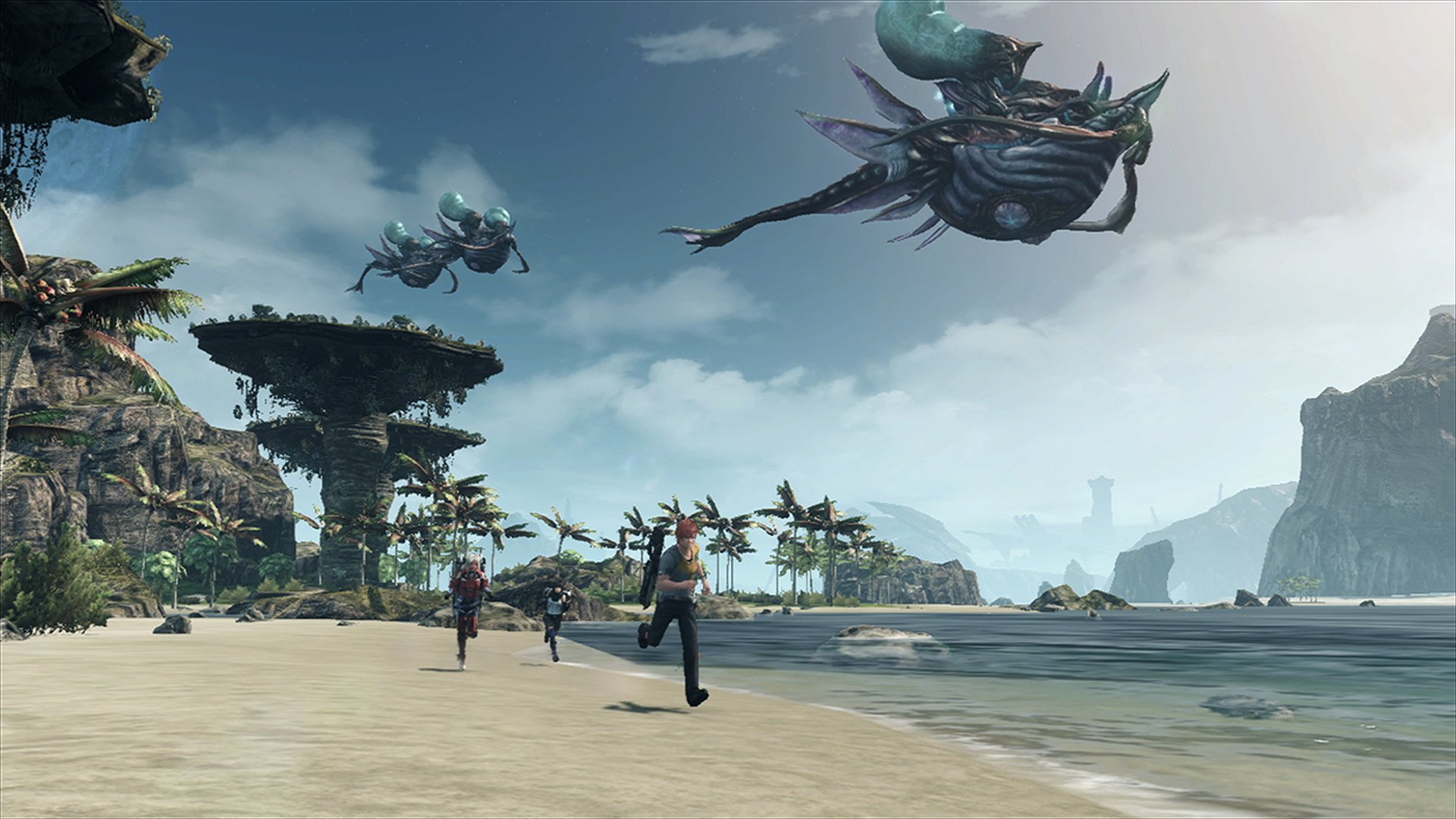 Xenoblade Chronicles X starts off with a straight-forward premise: humans have been pushed off Earth by aliens in the future, and only one “ark” is said to have made it to a far off new planet. It’s a Macross-esque setting where humans are fairly advanced with their weaponry and warfare, including the Skells (mechs). From there, your character (male or female) awakens in a pod, is greeted by your first party member, and the adventure begins.

I really mean “your adventure,” because early on, the story mostly takes a backseat beyond a brief rundown of the situation on this new planet. This is something I’m completely okay with because of how Monolith Soft has crafted each gigantic map. There are hundreds of locations to find, secret dungeons to delve into, and enemies to battle — and nearly all of it rewards you for your efforts. Seeing gigantic, screens-high enemies towering over me induced Final Fantasy XI Notorious Monster flashbacks, you know, in a good way.

Your primary source of damage is by way of auto-attacks, but combat gets much deeper once players start unlocking more abilities. Flanking options, bonus effects (for those who patiently wait for double cooldowns), and the power to instantly switch between melee and ranged attacks are a few mechanics that pop up. Dashing is also enabled in combat, which makes for some awesome fights when popping off an enemy appendage with a rifle, and running in with dual daggers to slash at their exposed body.

I’m over 20 hours in so far and still don’t have access to the Skells. Very early on there’s an option to buy one for an exorbitantly unattainable price, but you still need a “license” to pilot them, which I haven’t obtained yet. I’ve already seen this design choice turn off some prospective players out there after hearing impressions from the Japanese release, but I have to say, it doesn’t bother me. Movement is fairly swift, as players can sprint indefinitely and leap high into the air like a superhero. It’s very easy to get from place to place, and fast travel — it still exists.

Stay tuned for our review at the end of the month.