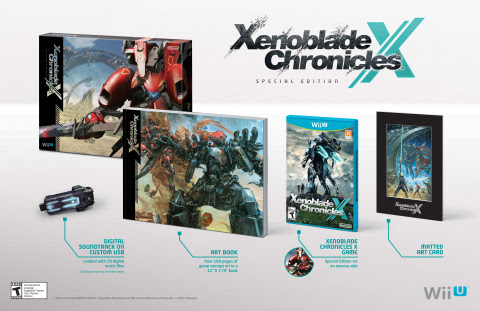 Xenoblade Chronicles X is getting a collector’s edition along with its December 4 release in North America (it launched in Japan earlier this year).

The $90 version includes the game, a 100 page art book, a tiny illustration, and a cute little USB with 10 songs loaded onto it. For all the annoyances of digital media tied to certain stores, I have to admit I kind of don’t want music CDs anymore, so I’m cool with that move because I’d just be ripping tracks off the CD anyhow.