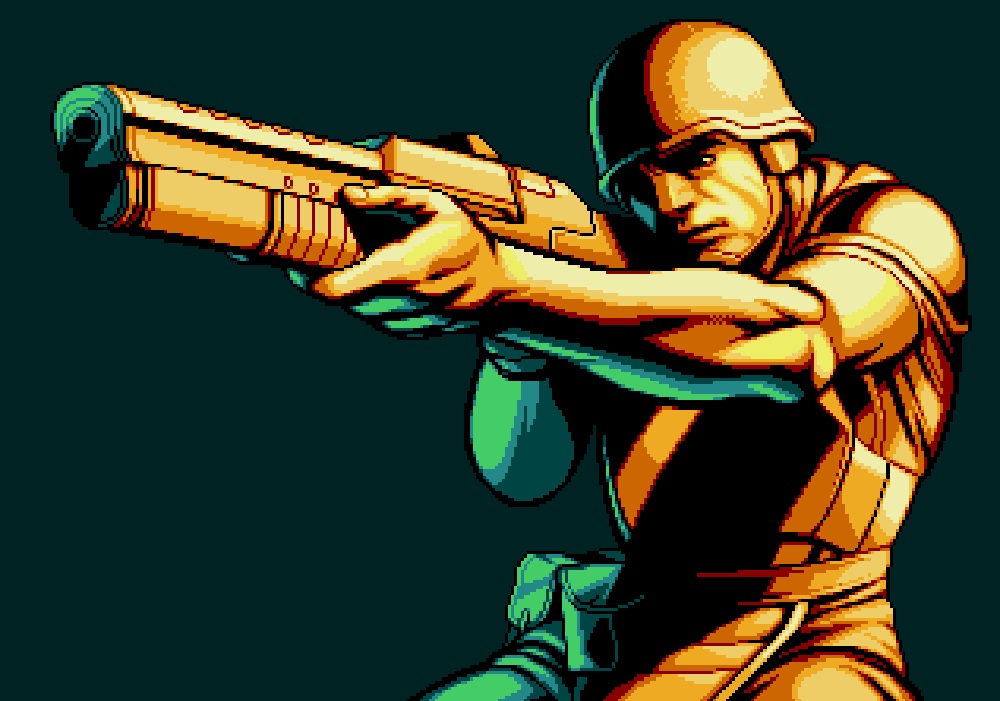 Blow in the cartridge to corrode the contacts

Independent British studio Bitmap Bureau are currently at work on a brand new game for the Sega Mega Drive/Genesis, to coincide with the 30th anniversary of the console’s Japanese launch.

Xeno Crisis is a top-down shooter in the vein of Smash T.V. and Amiga classic Alien Breed. Players will guide a male or female marine through an infested space colony, decimating thousands of aliens in a lead-filled quest to rescue the colonists trapped within. The game features an array of gooey creatures, all waiting to be eviscerated with a selection of rapid-fire tech.

The game features graphics designed by veteran pixel-artist Henk Nieborg, who worked with Psygnosis on many of their classic ’90s titles. Music is being composed by chiptune conductor “Savaged Regime”. Xeno Crisis will feature procedurally generated levels, multiple modes and two-player co-op gunplay.

Launching on Kickstarter last week, the project hit its initial goal — and then some — in mere days. The plan is to release Xeno Crisis as a downloadable ROM, as well as a physical cartridge, complete with packaging and instruction manual. Nifty.

Xeno Crisis is scheduled for launch in October 2018. You can find out more about the project on the game’s official Kickstarter page.