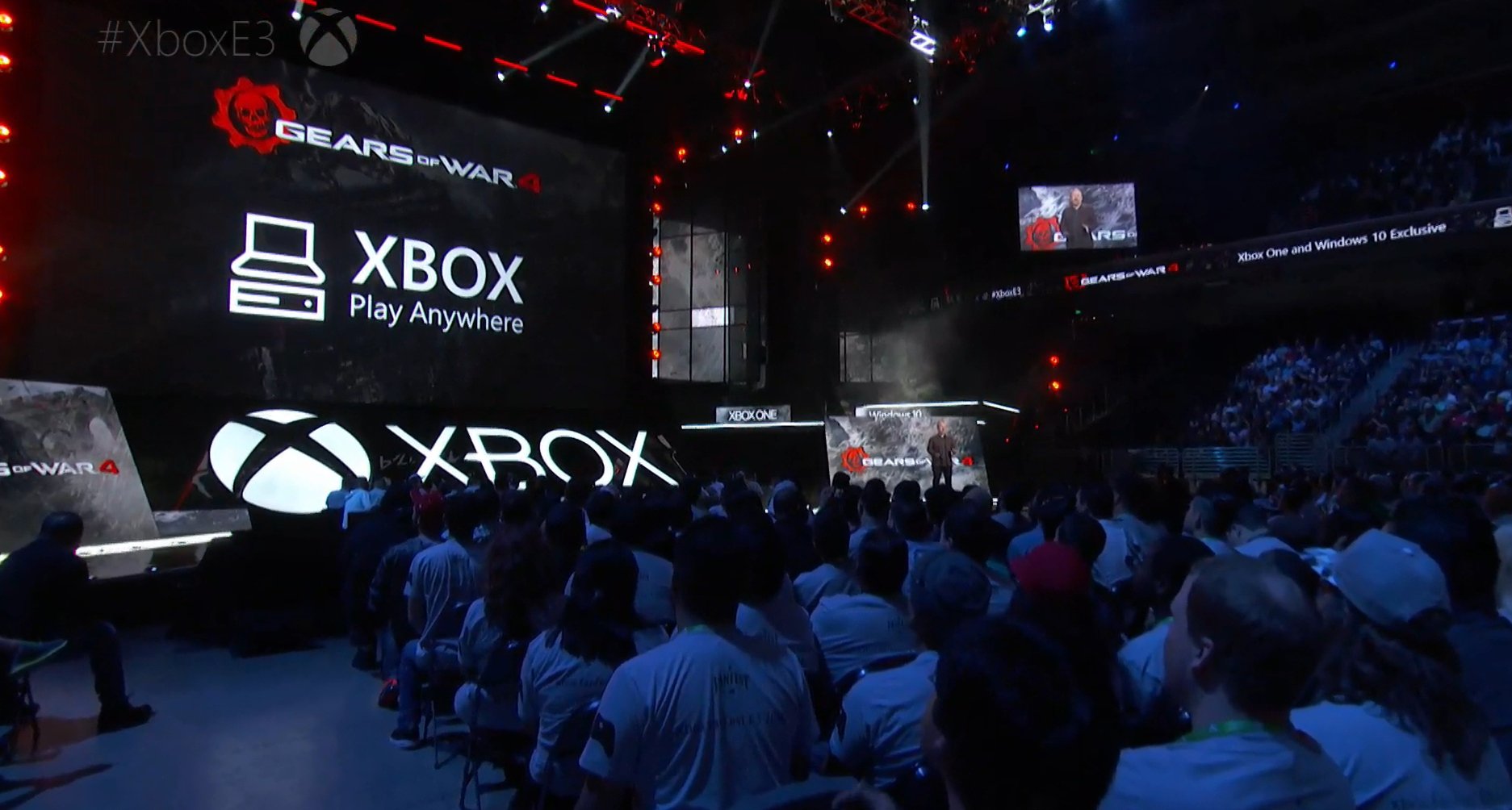 One of the most important themes for Microsoft at this year’s E3 is the blurring of lines between console and PC. Through a new initiative called “Play Anywhere,” Microsoft has created a gaming ecosystem where people can freely play games on both Xbox One and Windows 10 PC, seamlessly switching between the two as they see fit.

Play Anywhere is a major step for Microsoft, an indication that it’s serious about its efforts in the PC gaming space. In fact, the commitment is strong enough that Xbox group program manager Jeff Henshaw told us yesterday that all future Microsoft Studios-published games will be a part of Play Anywhere. That means that if Microsoft had a hand in creating it, it’ll be on PC too.

Amid all this softening of edges, it’s easy to lose some perspective on what actually stays unique to each platform. Microsoft wants people to think of Xbox as an all-inclusive place for gaming, so it’s natural to assume that PC and Xbox One would be treated with complete parity. That’s not necessarily the case.

In a Halo Wars 2 meeting at E3, we spoke with Graeme Jennings, executive producer at 343 Industries. He helped clarify that cross-play isn’t something that will definitely be a staple of Play Anywhere. At least it won’t be in his game.

“We don’t have cross-play. We have the Play Anywhere scenario where one purchase gives you the other. We have shared saves, so if you start on Windows 10 your game will continue on (Xbox One),” Jennings confirmed.

He elaborated “Cross-play is something that we really care about as a company and as a studio. Things like cross-play for co-op would be perfect. One plays on PC, one plays on Xbox One. But, once we started development, we had to make some choices early on and that’s one of them that we weren’t able to do. It’s something we definitely want to do in the future.”

It’s a fine omission because, honestly, cross-play doesn’t belong in all gaming scenarios. Someone playing Halo Wars 2 on PC with a keyboard and mouse has an inherent advantage over someone playing with a controller. That’s just the nature of real-time strategy games. The same can be said for a lot of shooters. Cross-play would be an active detriment for one half of the audience.

(To be fair, Xbox One is getting keyboard and mouse support in the coming months. But, it’s up to developers to implement it for their games. Also, it’s not the de facto method of input on Xbox One; that’s still a controller.)

Jennings’ assertion that cross-play would be best for cooperative play was spot-on. When playing with someone you know, any differences between platforms can be reconciled by the fact that it’s a known sacrifice in order to achieve that setup. All parties are fine with it or else they wouldn’t play. But, from a competitive perspective, cross-play isn’t always a good idea and Microsoft seems to understand that.