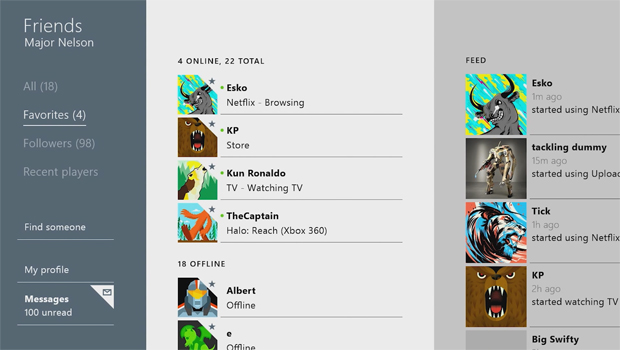 With a healthy reminder that Titanfall is coming out

A new video on the Xbox Wire gives information on how Microsoft will be streamlining and improving Xbox Live functions on Xbox One in the coming March update. Chat will now be on by default when joining a party of your friends and party invitations are being improved with options to invite friends to join your party, game, or both simultaneously.

Friends lists will also be getting some improvements to discoverability. A “Favorites” list is added to allow users to separate players they hang out with every day from casual acquaintances picked up along the way. Making new connections easier is the addition of a “Recent Players” list and they’ve made some adjustments to make direct access to the friends list faster.

Everything said in this video makes perfect and total sense to me, both as things which could have been overlooked until put into regular use and ideas for which the time has come. The complexity of all the little bits that make up a network and its interface continues to fascinate me, especially the way several of the changes being made seemed so obvious to so many people while engineers spent years working on it and made different observations in developing the product.

I wonder what we’ll see as obvious next.