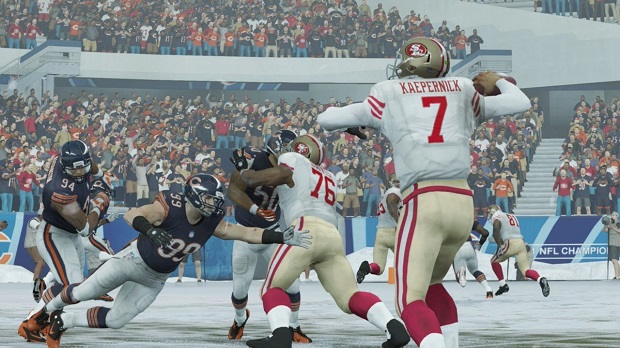 Not a bad deal if you’re the football playin’ type

Madden 15 is getting a special Xbox One bundle for its August 26 release. Like any offensive lineman worth his salt, it’s larger than average. However, unlike any all-star caliber player, it sort of comes at a discount.

For $399, prospective Madden players can pick up the Madden 15 Xbox One bundle, which contains a digital copy of the game along with the Kinectless Xbox One. As far as the console itself, there’s nothing unique about it like the white Sunset Overdrive edition — just your run-of-the-mill black box.

The keen consumers in the crowd have surely noticed that $399 is what the new Xbox One SKU retails for by itself. With this bundle, Madden 15 is essentially free. Not a bad way to jump into the current console generation if you feel like huckin’ the ol’ pigskin around.