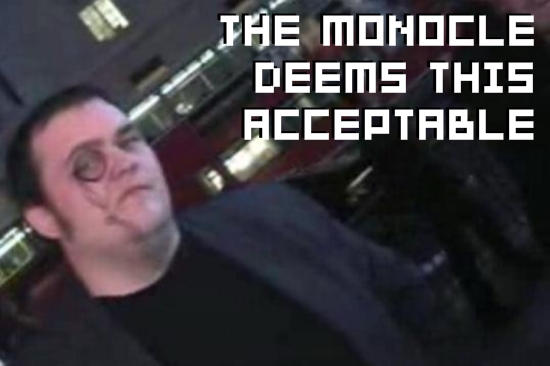 In news that has shocked this monocle poppin’ Brit, news has come of Xbox Live actually giving us Europeans something. I kid you not, the territory that’s been shafted more times than Paris Hilton in a Red Lobster car park will be enjoying a three-day binge of free Xbox Live Gold, as well as a host of other fun items.

A full line-up of XBL events is promised, although details are currently scarce. Competitions and exclusive downloads are confirmed to be on the cards though, and I’d be lying if I didn’t say I wasn’t thrilled — even if it’s not much, it’s something, and that’s what counts to we European starvelings.

Those of us with existing XBL Gold accounts are being promised so-called “headline acts” as well. Once again, there’s no word on what such wonderful things shall entail, but Xbox.com is going to have all the details. The Xtival will be a Eurotrash-only affair, so make sure you have a monocle-flavored account if it’s revealed, shockingly, that there’s something worth experiencing.