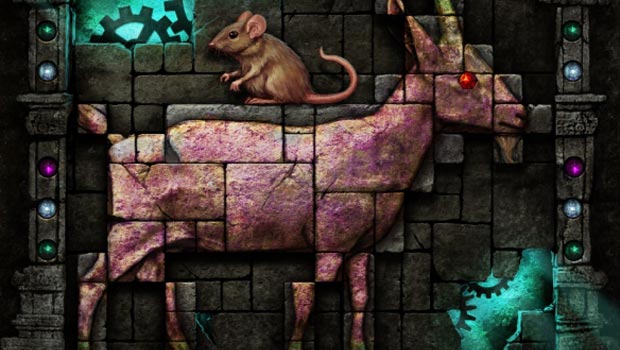 Maybe you’ve never heard of MagicalTimeBean, the studio behind the highly addictive tower defense/adventure titles Soulcaster and Soulcaster II, but if that genre doesn’t appeal to you, maybe Escape Goat will.  Featuring a purple goat and his (or her?) wizard hat-wearing sidekick mouse, Escape Goat is a retro puzzle title that was recently released on the Xbox Live Indie Games market place featuring over 50 unique levels, an amazing soundtrack, and some clever game mechanics.

I refer to MagicalTimeBean as a studio although all the game’s design, programming, artwork, and music were created by the studio’s single employee, Ian Stocker.  Believing that music is one of the most important elements in a game, he’s also offering his Falcom-inspired soundtrack for a name your own price digital download on Bandcamp, although you can also stream it for free.  The game’s available for 240 points, and while you’ll probably be able to blow through it in an hour or two as the puzzles range from moderately difficult to intentionally easy (these generally involve cool things happening on the screen as a sort of reward), the game’s really a blast, and the soundtrack is, once again, top notch.

Check it out for yourself and let us know what you think.  Did you pick up on any of the game references found throughout Escape Goat, and can you see this lovable purple goat joining the ranks of dolphins or even corgis as the most cherished animals of all here on Destructoid?