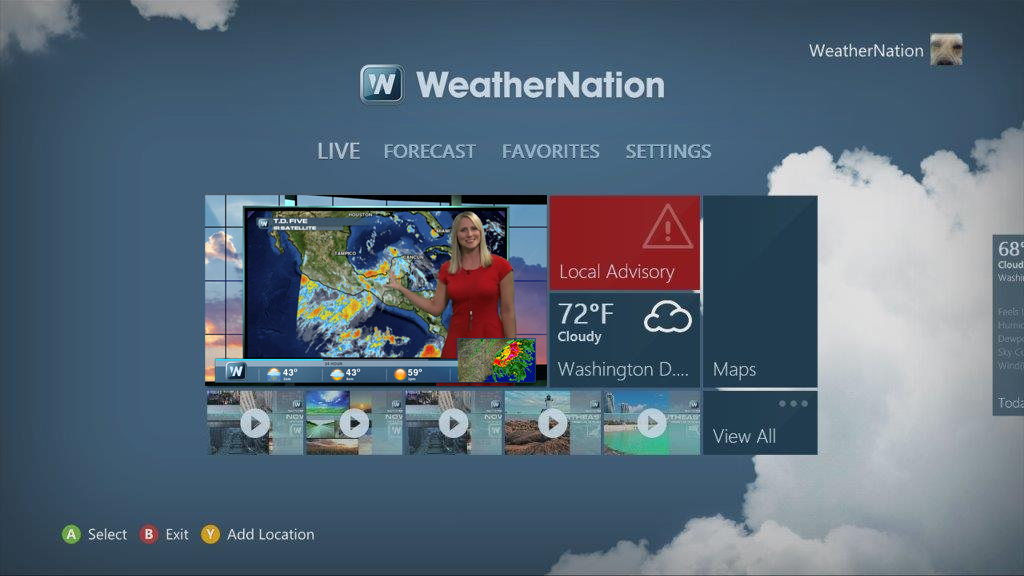 “We’ve now expanded our live streaming capabilities for WeatherNation’s around-the-clock weather news to the millions of Xbox 360 consoles in the U.S., delivering on our promise to serve consumers across the devices they choose,” said Tim Kelly, senior vice president of Digital for WeatherNation TV, Inc.

“With WeatherNation on Xbox 360, we make it convenient to keep viewers informed of severe weather, travel forecasts, and customized weather news for their location. The Xbox 360 is an ideal platform for delivering exciting features like live streaming weathercasts, interactive maps and video-on-demand content.”

Guys, you can check the dew point at any time!