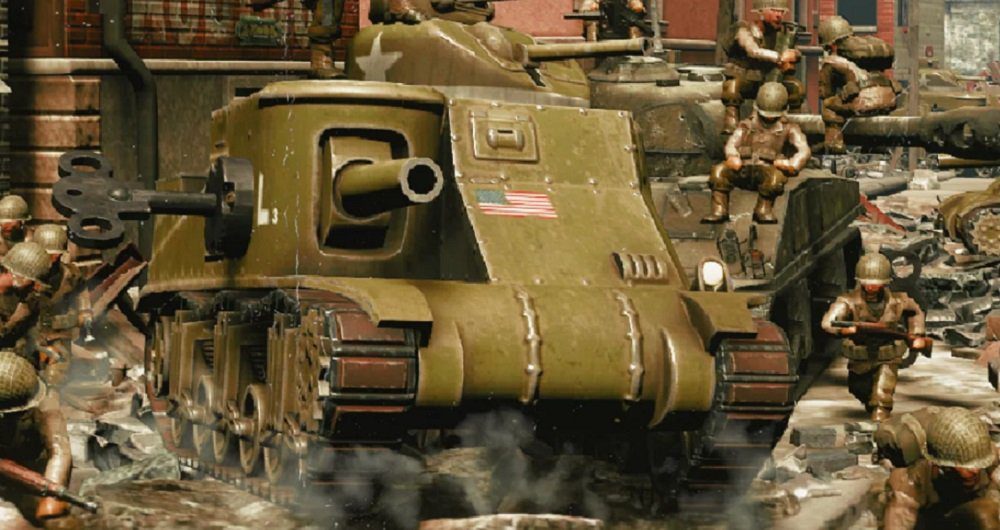 Step by step… Heart to heart…

Do you all remember the Xbox strategy title Toy Soldiers? If so, then Ubisoft has great news, as the franchise is set to return with Toy Soldiers 2: Finest Hour, currently in development for PS4, PC, Xbox One, and Nintendo Switch.

Realised by Signal Studios back in 2010, Toy Soldiers was a staple of Xbox Live Arcade and saw battalions of miniaturised soldiers, vehicles, and encampments wage chaotic warfare on mom’s kitchen table. It would receive several expansions and DLC add-ons, bringing new units, scenery and campaigns to the game, along with guest stars such as Assassin’s Creed‘s Ezio Auditore.

Toy Soldiers 2: Finest Hour will be shifting the action to the events of World War II and will see a return to the scale-model strategy that made the original such a unique and fun concept – with raging battles taking place on land, sea, and in the air. A new website includes a short teaser video, which captures the neat, plasticky aesthetic of the franchise.

Alongside the sequel reveal, Ubisoft has also announced that the original Toy Soldiers titles are being remastered for Nintendo Switch. Toy Soldiers HD and Toy Soldiers: Cold War HD will feature both the original games, complete with all DLC, and spruced up with new content, tweaked difficulty settings, and optimised control systems. No release date has been announced for the new sequel or either remaster.

Toy Soldiers 2: Finest Hour is in development for PS4, PC, Xbox One and Nintendo Switch.