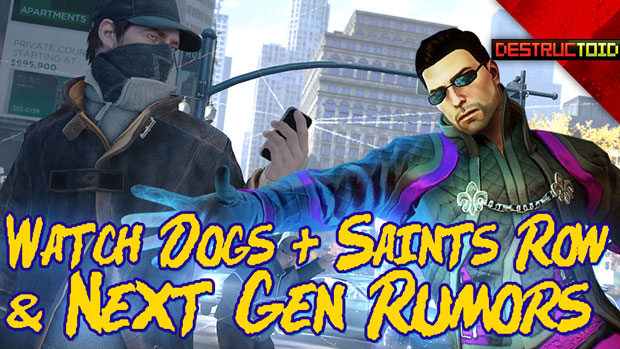 The Destructoid Show does its nasty thang

Hey everybody, here’s today’s Destructoid Show. It was a Friday, so it was live, so it’s a little bit extra stupid because of that.

We discuss the how “Greatness Awaits” with the Playstation 4, the possibility of the next Xbox being called the “Xbox Infinity,” and a ton of new stuff about Watch_Dogs. Hamza wrote a big ol’ preview, and got some details on the multiplayer. Saints Row IV in action looks enjoyably stupid, and even though EA considers Dead Space 3 a failure, John Carpenter would love to make it into a movie.