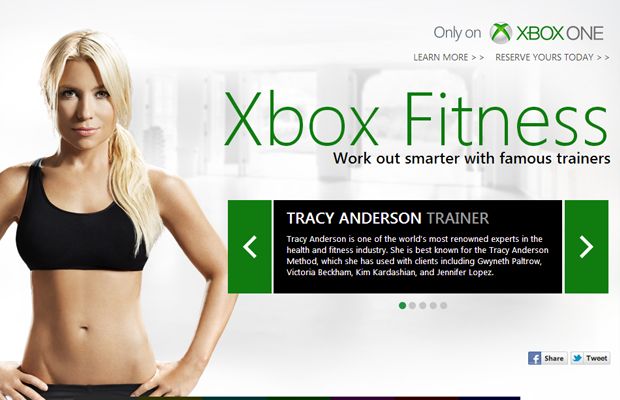 A page on the official Xbox website leaked revealing Xbox Fitness, an exercise app for the Kinect 2.0 that will feature routines like P90X and Insanity, along with the famous trainers such as Tracy Anderson, Tony Horton, Jillian Michaels, and Shaun T.

Introducing the future of fitness. Experience the world’s best workouts with instant, personalized feedback, right in your home on Xbox Fitness. Train with Jillian Michaels, Tracy Anderson, P90X, Insanity and more. Optimize every workout with immediate feedback on your form, power and heart rate with the all new Kinect, featuring Muscle Mapping, Power Gauge, and Pulse. Plus, feed your motivation with social challenges. Unlimited access is yours with an Xbox Live Gold membership through November 2014. Only on Xbox One.*

The exercise stuff was big on the Xbox 360, largely because that was the only thing that really worked with the original Kinect. I say “worked” loosely here. Kinect 2.0 does seem way more accurate this time around, so I can see Xbox Fitness being pretty successful. Well, that is until the subscription fees kick in for this.