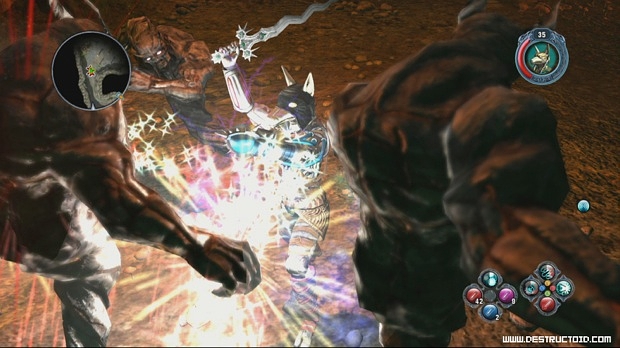 So, it’s official official — Sacred 2 is hitting consoles on May 12. This afternoon the developer, cdv Software Entertainment, announced the Xbox 360 version of the game’s new gold status and then confirmed that the title would indeed by hitting in May. (You now have a little under a month to get your clicking fingers ready for some real punishment.)

Missing from the announcement was the release date for the PlayStation 3 version of the game. We contacted cdv about the lack of information and a rep told us “The PS3 version is just a few days behind the 360 as far as certification goes. We’re positive it’ll ship to retail on the same day and date as the 360 version.”

If you’re curious about Sacred 2 — a decent Diablo II clone with some technical issues — check out our review of the PC version. The game is on my wish list, for sure. What about you guys?