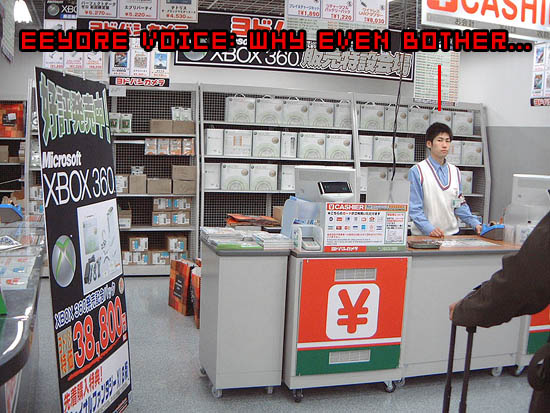 Beginning next month, Japanese gamers will be able to nab an Xbox 360 for a new, discounted price.

The upcoming limited edition bundle is the one that potential Japanese Xbox 360 owners are going to want to grab. The 20GB “Value Pack” is bundled with Viva Piñata and Forza Motorsport 2, and will be priced exactly the same as the 20GB bundle, at 34,800 yen.

Japan should see each of these systems on shelves come November.