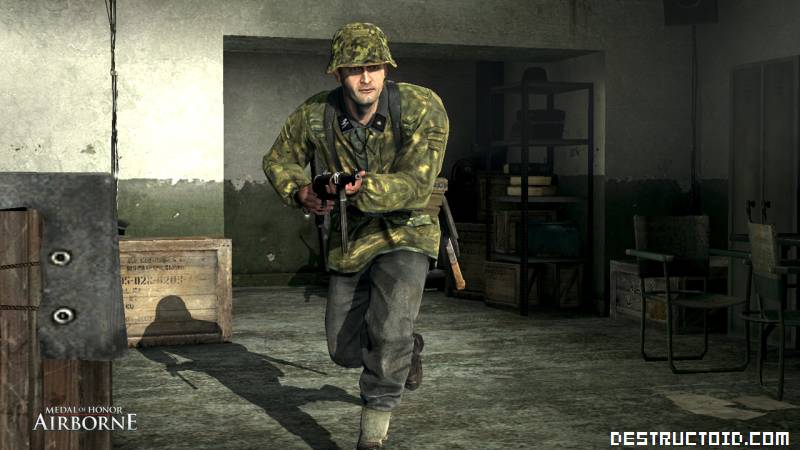 Godfree over at Gamertag Radio just received word that the Xbox 360 and PC versions of Medal of Honor Airborne have been delayed until September 4. The word comes down from the game’s community manager, who also mentions that a playable demo should be on its way.

Medal of Honor Airborne and delays are old pals. The game was originally announced in early 2006, and was initially slated for a Winter 2006 release. This first delay could have been caused by the early jump to the Unreal Engine 3, which has also been cited as a reason for the more recent delay of the PlayStation 3 version of the title (now set for a November release).

Airborne is the 11th installment of the Medal of Honor series, so if you’re really hard up for some World War II action, you’ve got plenty to choose from while you wait.