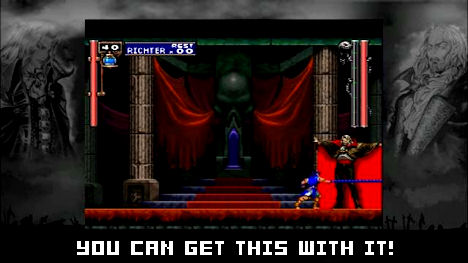 Good old Microsoft. Just as it hiked up the price of most “top tier” XBLA games to 1200 Microsoft Points, it reveals the 800 MS Point card. Yes, that would have been handy six months ago.

The 800 Point card is priced as $9.99, and I suppose it will be handy for Community Games, once Destructoid has found all the good ones for you. Outside of that though, I can only see this as Microsoft giving you a giftwrapped present, only to open it up and find a hairy poo inside. One of those poos squirted out after someone has swallowed a load of bubblegum, so it’s slightly off-color and extra stringy.

Seriously though, the fact that most big XBLA games are 1200 Points now is bullsh*t, and something I warned people about when Microsoft tested the waters with Braid and Castle Crashers. The ‘Soft knows that it can get away with these charges now, which is why everything is 1200 points.

If you want proof, just looke at Banjo-Kazooie versus Castlevania: Symphony of the Night. An N64 game versus a PSX game. One is 1200 Points on XBLA, one is 800 Points. One is post-Braid, one is pre-Braid. You know damn well that Castlevania would have been 1200 Points in a post-Braid XBLA. And that, my friends, is stringy bubblegum poo.