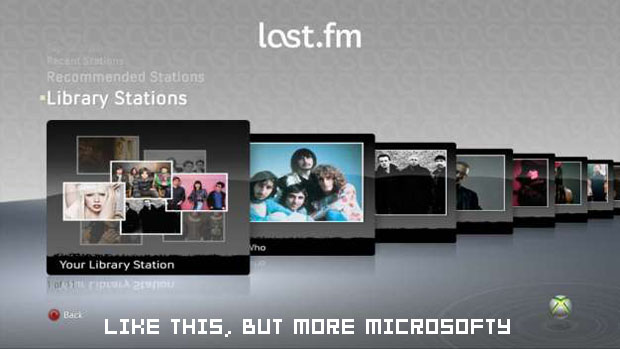 There is a new streaming music service coming from Microsoft, and it could launch as early as the end of this month, says Telegraph. MSN executive producer Peter Bale says that it will have both free and paid streams, with the latter being commercial-free.

This relates to you, dear gamer, as Bale says that the service might also come to the Xbox 360. There’s no real details on how this would work yet, though. This news is a strange follow-up to the recent announcement of Last.fm support on the console. Do we need both? Hell, why not.

Joystiq seems to be on the same page we are: that crazy Zune HD might somehow tie into this all when it finally launches later this year.

I don’t see myself listening to any kind of music on my Xbox 360, but this fits with Microsoft’s whole entertainment hub push.