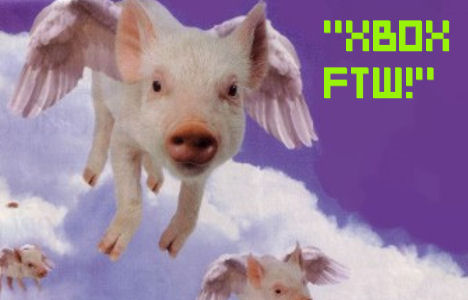 Of course, the Wii outsold them both, but at this point that’s like saying the iPod outsold all other MP3 players. They’re both probably selling to the same types of people, too.

This small victory can of course be attributed to Tales of Vesperia, which Japanese gamers like because it’s Japanese. That makes it okay for them to buy a 360 without enduring scorn from the menfolk. The latest in the Tales series rests proudly at number four in the Japanese sales chart with over 100,000 copies shifted.

It’s not a victory that will last, but it must be good for Microsoft to know that, provided it can get an exclusive Japanese sequel in a Japanese franchise from a Japanese company, it can actually have some small measure of success in Japan. Easily done, right?