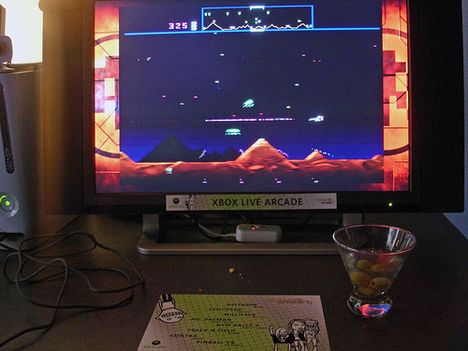 This week’s Xbox Live Arcade game is retro title, Defender. Luckily, it will only cost us 400 Microsoft Points. For those of you interested, here is what the game entails:

A lot of you guys are probably mad that we got yet another classic game instead of something new. Well, your prayers have been answered, because RoboBlitz is going to be available very soon!  It is technically the first released game to utilize the Unreal 3 Engine (RoboBlitz was released on PC a few days before Gears of War) and it should 1200 Microsoft Points ($15 USD).

There is also strong indication that Microsoft will be releasing multiple Live Arcade games per week through this holiday season. Expect Small Arms later this month, as well as Gyruss and Pacman World 3 sometime in the near future.

What do you think about these games? I’m just glad that we are getting a variety of games now.