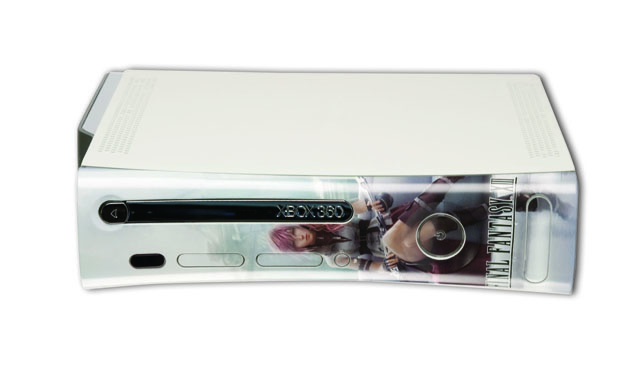 Here’s what the Final Fantasy XIII Xbox 360 faceplate looks like. Created by Square Enix designer Tetsuya Nomura, these plates are super limited in number. The are “only available promotionally in fixed quantities across select retailers in Europe, North America, Australia, and New Zealand.” So you’ll have to fight for one, I guess.

We already told you about the Xbox 360 bundle, but here are the official details. It includes a 250GB hard drive Xbox 360, two wireless controllers and the game. There will also be “exclusive downloadable avatar items.” The bundle will hit shelves on March 9th for $399.

We have images of all the above mentioned items in our gallery below. Check out the sweet Final Fantasy XIII logo on the hard drive! Love that little touch.