I loved the original Dead Rising, and it is a really wonderful thing to see that the game is making a solid return to gamer’s minds with Dead Rising 2.

Capcom and Blue Castle Games are clearly making a title that is going to be a hit with fans and probably wrangle in a few more. At X10 last night, I had the chance to get some hands-on time with the game, and even without hitting the jump, I can tell you that it’s just as much fun as you’d expect.

But I know you, like a shambling zombie, are going to click that link to see some more… right?

It is unfortunate that I was unable to play more than what I did of Dead Rising 2. You see, the game is damn fun, and running around the upper area of Fortune City was a real joy. Fat, old person zombies shamble alongside strippers, musicians, cops, and a whole gamut of undead types. Weapons are all over the place, and it looks like Blue Castle has done an amazing job of making them as insane as before.

With 1,200 zombies in each area, it is positively loaded with fodder for your guitars, knives, carts, paddle saws, squirt guns, party beads, and much much more. It’s a joy to just run around and kill. I have to say, having goals like killing a certain amount of zombies within a certain amount of time was actually kind of cool, and I hope that these objectives are common in the game. 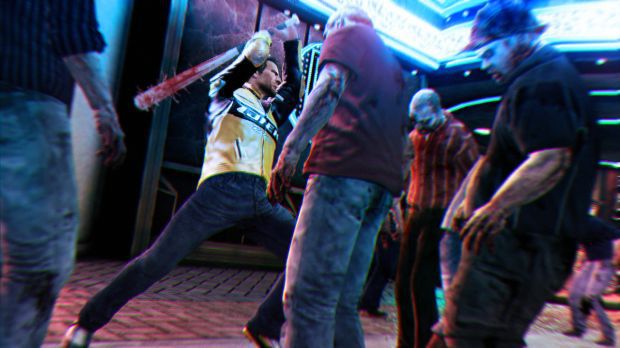 It’s know that the camera system is long gone with Frank West, and it’s been replaced with more things to earn PP, the game’s experience point system. For example, living it up like only you could in a casino town, Chuck Greene can go into peep shows for $1000. Or create new weapons for outlandish kills to rack up those abilities. Money plays a role in this game for sure, so everything you do will certainly cost some loot.

One of those costly things are the pawn shops. These are the are where you can buy many of the combination items used to design weapons, however they can also easily be made in the customization areas. Example: Metal rolling balls and rakes are easily electrified with a car batter attached. Super fun! I’m interested in seeing how many different combinations end up in the final game, but for less creative players, recipe cards can be found in the game to point you in the right direction.

Also, outlandish costumes can be found, and I saw more than one player pointing Chuck to the nearest sex shop, and fitting him with assless chaps and matching leather vest. Kinky. 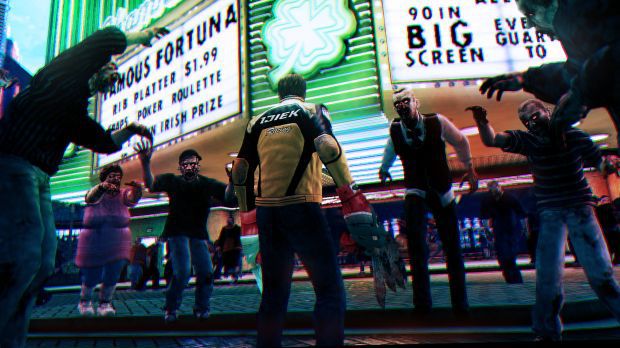 I asked about the save system, and they would only go as far as to promise that fans would be pleased. You can still restart the game entirely if you die, and while the save system won’t be as… “stupid” as it was in the original, it should still retain that element of stress and difficulty.

Dead Rising 2 also looks incredible, a clear upgrade from the original title. In the section of The Strip I played in my demo, everything had an unnatural neon glow, a bluish tint that bathed everything in the surreal tint of the city’s lights. What they have done with the lighting is pretty neat, and with the onslaught of ridiculous colors everywhere, this (surprisingly) may be one of the most colorful games I have ever played. While grainy in screenshots, the game has a surreal look that looks incredible in action, giving it the look of no other game that has come before it. 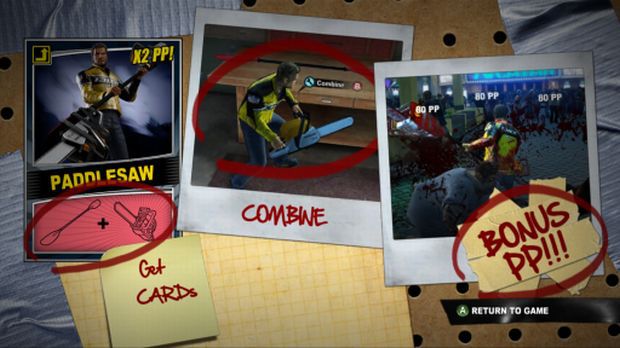 Now, like I said, I’m sad to say I wasn’t able to get as much time with the game as I would have liked. It looks to be a much better designed, much larger game than the original, and if it can tap into that bizarre and insane interpretation of America that the original glorified in, we’ll be good to go.