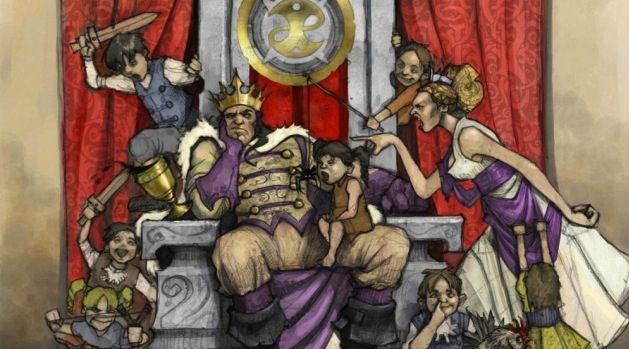 We’ve since seen the game in action and heard what Lionhead Studios had to spill about Fable III at this particular event. This little bit of humor and editorial is now available below the fold. And why is that, you didn’t ask? It’s because what we ran earlier was speculation, things we thought we saw. And it was speculation that Lionhead wouldn’t confirm or deny at the event.

Our little list has several notes about motion control via Natal. And even though there was mad gesturin’, right-hand-off-the-controller action, the crew were mum on the details. In fact, they didn’t even mention Natal, which sounds downright weird to us. Regardless, it’s a bummer.

Being stuck in a line full of nerds is a drag, especially when you’re waiting to see something as juicy and unknown as Lionhead Studios’ Fable III. But we’re not about to shut off our brains and avert our eyes before a presentation begins.

So without further introduction, here are five things we think we learned about Fable III while being stuck in an X10 line.