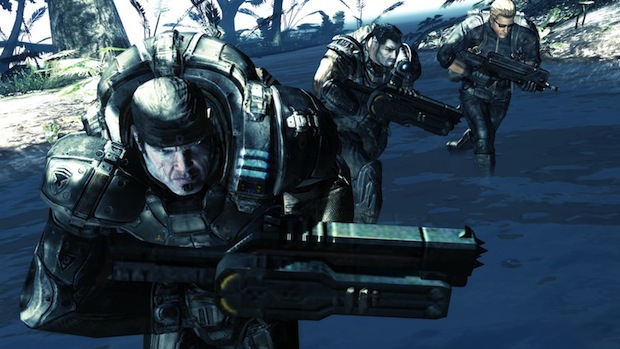 The weather in San Francisco just isn’t “warm” enough to warrant a Gears of War reveal, but that doesn’t mean the ongoing Microsoft’s media-only X10 event lacks Marcus Fenix and Dom Santiago. A mere three images of the duo’s cameo have snuck out of the event, making us excited for possible Gears news to come, as well as hyping us for LP2.

If you look closely, you’ll notice the duo don’t have Lancers. We advise you not to fret, because even though the two might not be putting rotating steel to flesh, they’ll at least be traversing non-brown environments for once. Look at those bushes and that bright blue, dazzling sky!

Filed under... #Gears of War#Lost Planet