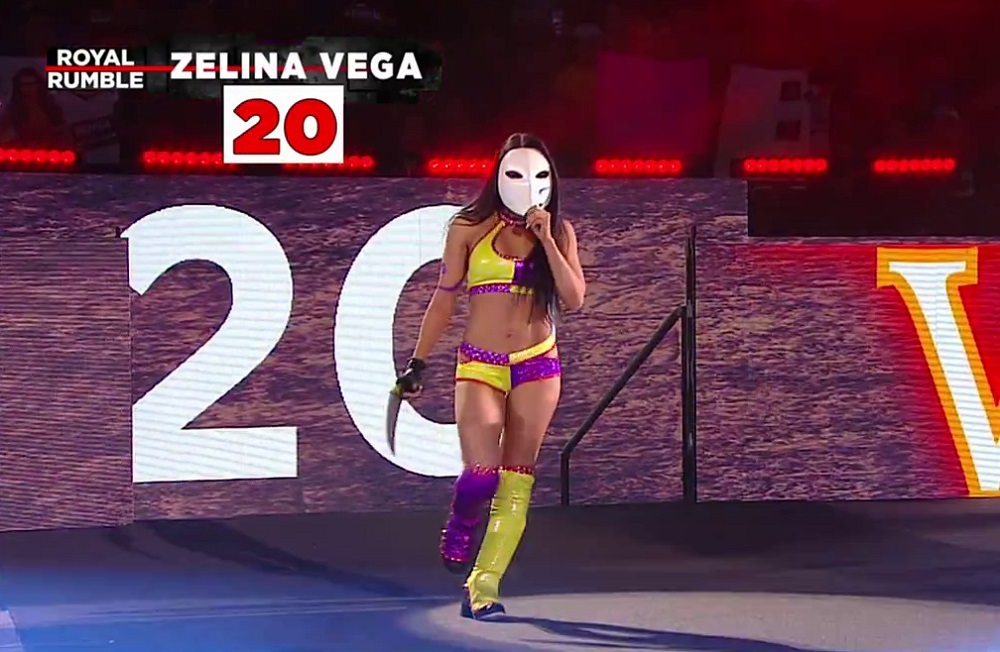 Shame it wasn’t a cage match

Last night, pro-wrestling promotion WWE held their annual Royal Rumble event from Phoenix, AZ. It wasn’t great. Fortunately, the show did had its highlights, including an ass-kicking fight between Asuka and Becky Lynch for the WWE SmackDown Women’s title – and this fun cosplay moment from spitfire Zelina Vega.

Vega was an entrant in the Women’s Royal Rumble match, a clusterfuck which sees new competitors enter the ring every 90 seconds. When it was time for Zelina to make her entrance, she did so donning the mask and claw of her Street Fighter namesake, along with the Spanish assassin’s trademark purple and yellow colours. Thankfully for all involved, she didn’t take the claw into the ring, and was eventually eliminated when a leprechaun chased her out of the building. WWE.

This isn’t the first time Vega has dressed as a popular fighting game character. Just this past fortnight she attended the Mortal Kombat 11 reveal in an awesome home-made Jade costume, making an impact alongside fellow WWE wrestlers Kofi Kingston and Xavier Woods (as Shang Tsung and Shao Kahn, respectively). Vega has also appeared in promo photos as a member of Pokemon’s Team Rocket, alongside her charge, the fantastic Andrade “Cien” Almas.

If you have FIVE HOURS to kill, then you can watch the 2019 Royal Rumble now on the WWE Network.