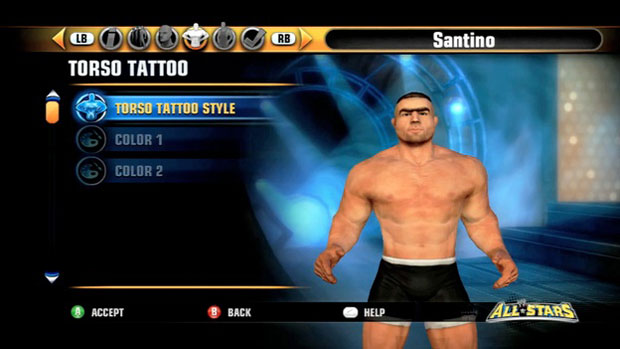 THQ UK has confirmed that a demo of the game will be hitting Xbox Live Arcade and PlayStation Network this week — March 22 for the 360 and March 23 on the PS3. The demo will focus on two of the game’s fighter classes — “Brawler” with the Ultimate Warrior, and “Acrobat” with Rey Mysterio.

As for whether the demo is hitting North America, THQ didn’t return my “OMFG DEMO FOR NORTH AMERICA, TOO!?!?” email. Seems likely, though, so I’ll keep refreshing the Xbox Live Marketplace on Tuesday until it shows up.

I’m not sure if it’s irrational, but I’m head-over-heels excited about the upcoming WWE All-Stars. I’m not even a huge wrestling fan, but everything I’ve seen and played indicates it’s going to be a real treat for fans of arcade-style brawlers. It’s out March 29.