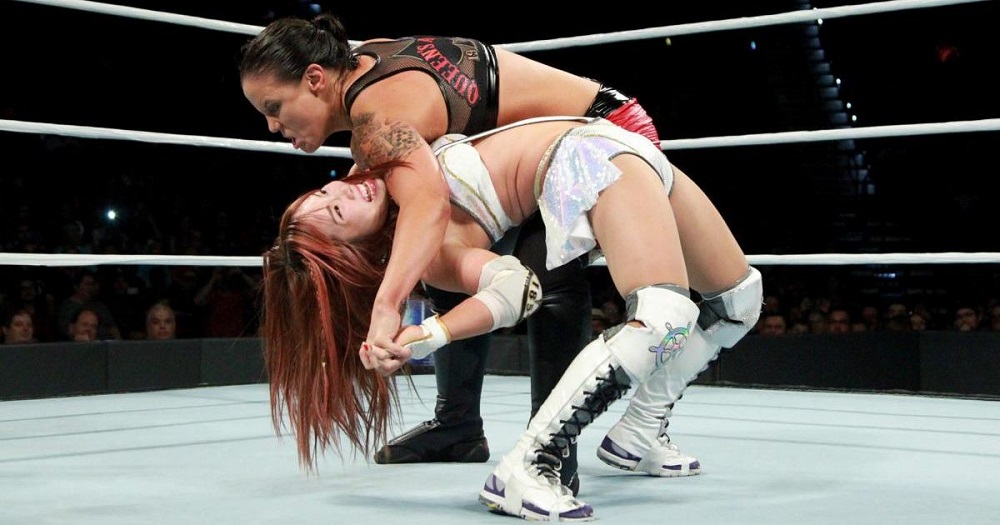 2K Games and WWE recently held a stream to announce a host of roster additions heading toward the next title in the stagnant WWE 2K series. Rusev and Lana were joined by The B-Team to showcase some of the amazing young athletes making their in-game debut.

NXT Women’s Champion and seafaring pirate Kairi Sane will be stepping in the ring, as will former champion and all-round badass Shayna Baszler. The Riott Squad will be preparing to crack skulls, while moody crooner Elias will also be bring his dulcet tones the new title, as will NXT’s ethereal Velveteen Dream.

Speaking of NXT, The Undisputed Era, consisting of Adam Cole (Bay Bay), Bobby Fish and Kyle O’Reilly will be making their digital debut. These and many more young up-and-comers will be the cornerstone of the WWE 2K19’s roster, which also features regulars John Cena, Finn Balor, Charlotte Flair and WWE Champion Roman Reigns.

Of course, despite the amazing wealth of talent on display in this roster, it doesn’t count for anything if the game has no substance. The game is expected to have a roster triple-figures strong, but that won’t count for anything if it remains a dog to play. Here’s hoping that we are all surprised by a sudden turnaround when WWE 2K19 launches on PS4, PC and Xbox One October 9.