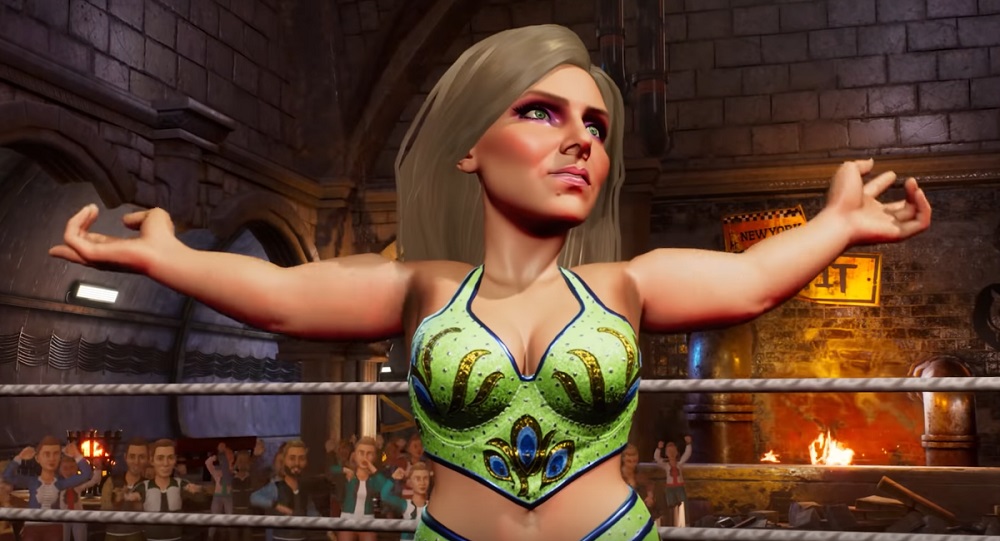 2K Games has announced a new arcade-style WWE title, which will launch later this year in lieu of the traditional WWE 2K release. WWE 2K Battlegrounds is currently in development at Saber Interactive (World War Z, NBA 2K Playgrounds) for unannounced platforms, and is expected to launch in fall.

As you can see from the teaser trailer below, WWE 2K Battlegrounds follows a colourful, over-the-top, brawler formula, not dissimilar to THQ’s 2011 release WWE All-Stars. The video features The Rock, John Cena, Charlotte Flair, Becky Lynch, and Stone Cold Steve Austin, battling it with hyper-stylised maneuvers in fighting game-style environments.

Those are some wild character models.

2K Games also took the opportunity to address the situation regarding the WWE2K series. “We’ve heard and appreciate your feedback, and continue to listen to you closely,” said the developer in an “open letter” format. “We hear you and we know you want more from the franchise… we are applying what we’ve learned to the next WWE 2K simulation game with a renewed focus on quality and fun.”

“We want to ensure the development team at Visual Concepts can create a great game that will entertain grizzled WWE 2K veterans, as well as newcomers who want to climb through the ropes and step into the ring for the very first time… We hope you find this news as exciting as we do. We are confident it will lead to better games in the future.”

WWE 2K Battlegrounds is currently in development at Saber Interactive.