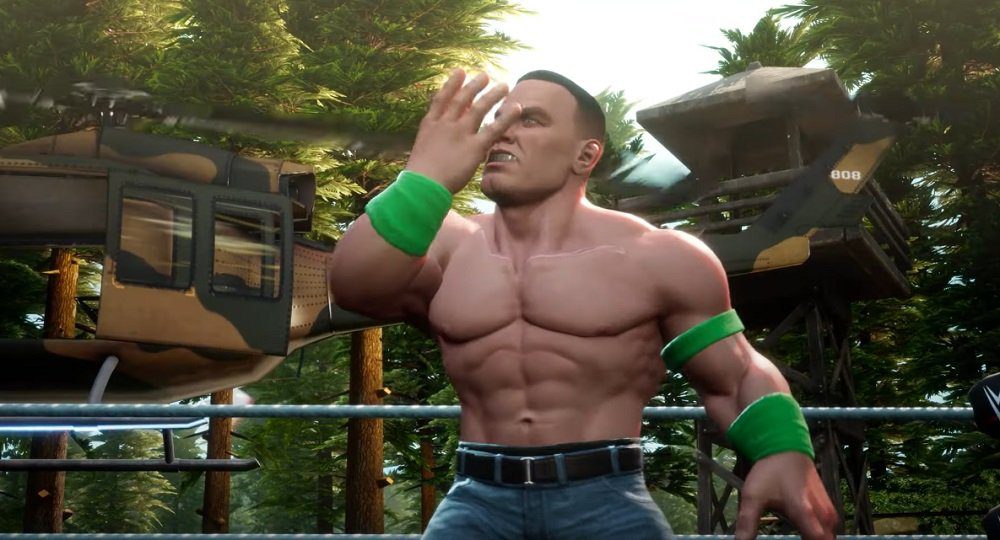 2K Games has released a plethora of new details regarding its over-the-top wrestling title WWE 2K Battlegrounds, which was first revealed back in April of this year. The new title will launch September 18 on PS4, PC, Xbox One, Nintendo Switch, and Stadia.

Developed by Saber Interactive, WWE 2K Battlegrounds features highly stylised visuals, super-powered maneuvers, and a simple-to-grasp control system, not dissimilar to THQ’s 2011 hit WWE All-Stars. Players can take on the roster in the single-player Campaign Mode, or square off against up to three opponents in local and online multiplayer. If you really want to grab the brass ring (pal), then try taking on all-comers in cage matches, the Royal Rumble, or the all-new “King of the Battleground” mode.

I was a huge fan of WWE All-Stars and I certainly appreciate the huge roster and feature-packed product on offer here, but I think Battlegrounds is looking a little ungainly in motion. The mention of “Golden Bucks” in the pre-order packages raises flags – suggesting that microtransactions are in full effect – but, as always, I’ll reserve judgement until launch.

No doubt 2K Games is hoping that Battlegrounds will satiate the WWE faithful in lieu of a traditional WWE 2K release. The long-running franchise is taking a year off in 2020 due to the last game being garbage, and hopes to return at some point in the future sporting a new “philosophical foundation”.